Skip to main content
Defend democracy in the South.
Donate Today
By Chris KrommDecember 19, 2008
When it comes to politicians getting busted for crooked deeds, three Deep South states and Kentucky have Chicago beat.

Lee Sigelman and John Sides have created a graph plotting the "total number of public corruption convictions from 1997 to 2006 per 100,000 residents."  Here's the graph: 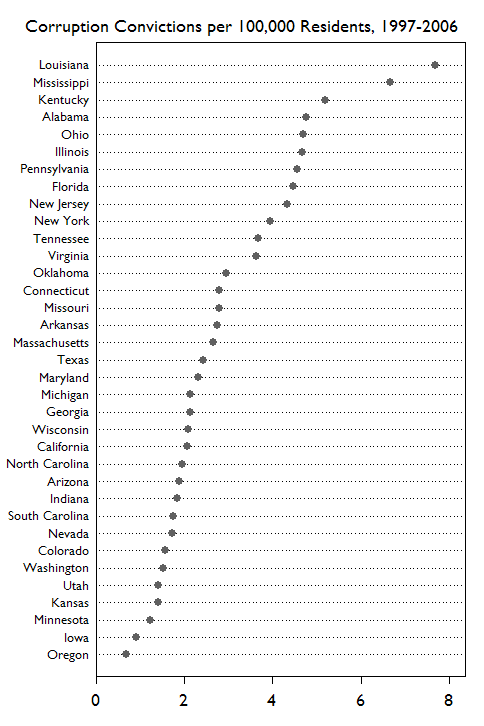 We should also point out that the entire South doesn't fare poorly: Georgia, North Carolina and South Carolina acquit themselves well -- at least in terms of their politicians not getting caught.

What's the most conservative region in the country?

What's the Fed got to do with it?