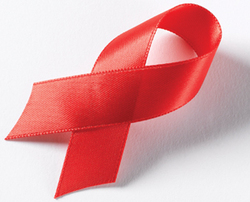 More than 25 million men, women and children have died around the world from HIV/AIDS since 1981. Some 20 years after the first World AIDS day shone a spotlight on the virus, some 33 million people are living with HIV, the virus that causes AIDS, according to the World Bank.

Today, Dec. 1st, is World AIDS Day and across the world, and here in the Southern United States, we take the moment to remember how far we have come and how far we have left to go to fight the epidemic.

Organizers of World AIDS Day -- built around the themes of leadership, self-responsibility and activism -- are calling on governments to follow through on promises of universal treatment, prevention, care and support, reports the AFP. Developing countries and impoverished people across the world still lack access to affordable and effective HIV/AIDS treatment. Last week UNAIDS released a report urging countries to adopt flexible policies that reflect how and why the latest HIV infections are transmitted. The report also recommends targeting the highest-risk populations, such as injection drug users and men who have sex with men.

Advocates argue that the advice given to countries around the world is advice we also need to adhere to here in the United States. In the United States HIV/AIDS has become a Southern epidemic and one that is continually rising in minority communities.

As Facing South has previously reported, the epidemic among African-Americans in some parts of the United States is as severe as in parts of Africa. AIDS is the leading cause of death among black women between ages 25 and 34. In the South, more adults and youth live with and die from AIDS than elsewhere in the nation, creating a health disaster in the region. The South not only leads the nation in AIDS cases and rates in cities of all sizes, but more than half of the African-Americans living with AIDS and more than half of the new AIDS cases reported among blacks occurred in the South.

Kate Whetton, director of Duke Global Health Institute's Center for Health Policy, has studied infectious diseases in both the Deep South and in impoverished communities around the world and concluded that there are many more similarities than differences in these communities when it comes to diseases like HIV /AIDS. Listen to her audio interview with North Carolina Public Radio here.

Yet, while the epidemic continues to grow in the Deep South, federal funding has not followed and has instead been channeled to wealthier parts of the nation with fewer cases and death rates. The Southern AIDS Coalition, a nonprofit partnership of government and private-sector programs based in Birmingham, has reported that there is a lack adequate federal response and funding in dealing with the growing crisis of HIV/AIDS in communities ofcolor and in the South, and calls for a "fundamental rethinking of AIDS policy."

The Black AIDS Institute is also calling for better domestic policies in the United States and for international agencies to hold the U.S. government accountable for failure to address HIV/AIDS epidemic in its own country.

While AIDS remains the world's No. 1 health threat, in the United States it poses a particular grave risk to Black Americans. As Phill Wilson, executive director of the Black AIDS Institute, puts it, "AIDS in America is a Black disease...about half of the just over 1 million Americans living with HIV or AIDS are Black."

The Institute is asking the Obama administration to set up the same type of domestic funding program for HIV/AIDS prevention, treatment and research programs in America as President Bush did through the President's Emergency Fund for AIDS Relief (PEPFAR) in international communities

World AIDS Day is every day for Miss Mary of Nashville