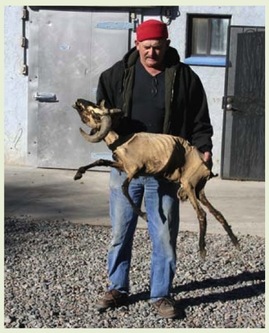 Last month's catastrophic collapse of a waste impoundment at the Tennessee Valley Authority's Kingston power plant resulted in the release of over 1 billion gallons of coal ash sludge in the rural community of Harriman, Tenn. The largest industrial waste spill in U.S. history, the incident destroyed or damaged dozens of homes, covered half a square mile of land with toxic muck, and contaminated nearby rivers and springs with heavy metals and other health-damaging chemicals.

This dangerous and growing practice is the topic of a new report from the nonprofit law firm Earthjustice titled "Waste Deep: Filling Mines With Coal Ash Is Profit for Industry, but Poison for People." As the report notes:


In the absence of federal regulations, many states allow dumping of coal ash into unlined mine pits, where the waste's toxic constituents can migrate unimpeded into groundwater. Dumping coal combustion waste into mines is especially dangerous because mining often creates conditions that allow for more rapid contamination of adjacent groundwater.

"Minefilling coal ash is a slow-motion and invisible counterpart to the TVA catastrophe," says Earthjustice attorney and report co-author Lisa Evans. "There, the destruction was unleashed in a matter of minutes. For communities with water poisoned by the country's hundreds of coal ash mine dumps, the damage has been gradual and largely unseen, but it also presents a grave threat."

Earthjustice estimates that about 25 million tons of coal combustion waste -- 20 percent of all such waste generated -- is dumped into mines each year. The practice is occurring throughout the U.S. coalfields, including West Virginia and Texas, and presents a serious threat to public health.

Coal combustion waste waste contains toxic metals such as arsenic, chromium, lead and thallium -- impurities found in coal and concentrated in the ash. Because some electric power plants burn coal along with other industrial byproducts such as shredded cars, oil combustion waste, railroad ties, plastics and tires, the resulting ash can also contain other toxic chemicals including PCBs and dioxin.

Dumping this material into unlined ponds and landfills like the one that collapsed in Tennessee is risky enough, as the EPA's own analysis [pdf] predicts that toxins from these surface facilities will migrate into nearby groundwater supplies at levels dangerous to public health. But dumping the material into mines is even more dangerous, as it puts toxins into direct contact with groundwater.

For example, a four-year study of coal ash minefills in Pennsylvania by the Clean Air Task Force found that the practice worsened water quality at 10 of the 15 sites examined. The other five sites lacked enough monitoring data to know whether the coal combustion waste was responsible for adverse effects.

Despite the dangers, many states have defined the dumping of coal ash waste into coal mines as a "beneficial use" of industrial waste and exempted the practice from even the most basic solid-waste regulations. This is an enormous financial boon to electric utilities, as the unregulated dumping of coal ash waste into mines cuts disposal costs by as much as 95 percent, according to the report.

Earthjustice also looks at the waste produced by fluidized bed combustion (FBC) power plants, which use a special technology to burn waste coal left over from previous mining operations. These plants produce enormous amounts of ash -- about four times more per megawatt of electricity than conventional coal-fired plants -- and it is often dumped into adjacent mines. There are currently four FBC plants burning waste coal in Virginia, three each in Alabama, South Carolina and West Virginia; and one in Mississippi, according to the Energy Justice Network.

West Virginia is among the states that actively promote the burning of waste coal and allow the resulting ash to be dumped into mines with few restrictions. In fact, the only state that has in place regulations for coal ash mine-filling recommended by the National Academy of Sciences is Kentucky.

Earthjustice is calling on the U.S. Environmental Protection Agency to impose federal regulations on coal ash waste based on the NAS recommendations. These include requirements to fully test coal combustion waste for toxic hazards, investigate disposal sites for groundwater contamination potential, and minimize coal ash contact with water.

"This is hazardous waste," Earthjustice policy analyst and report co-author Ben Dunham says. "The federal government needs to start treating it as such."

(In the photo above from the Earthjustice report "Waste Deep," rancher R.G. Hunt of Waterflow, N.M. holds one of hundreds of sheep that died after their drinking water polluted by toxins leaching from coal combustion waste dumped into a nearby mine.)