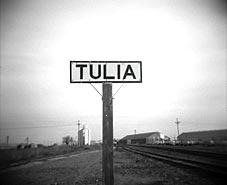 Here's how the story went: During the summer of 1999, undercover narcotics agent Thomas Coleman executed one of the biggest drug stings in Texas history. Coleman, who would later be dubbed "Texas Lawman of the Year," was responsible for the arrest of 46 residents on charges of suspected drug dealing in the small farming town of Tulia, Texas.

Of the 46 arrested, 39 were African American. Statistically speaking, that meant more than 10 percent of Tulia's adult black population was locked up, one in three of Tulia's black male population. When the first defendants stood trial, Tulia juries handed down guilty verdicts with stiff sentences ranging from 20 to 90 years in prison.
Coleman worked the Tulia operation alone and never used surveillance equipment. As a result the vast majority of the arrested were convicted solely on Coleman's testimony. A team of investigative reporters and legal researchers began to investigate the case, and their work would eventually bring to light the dubious nature of Coleman's motives and methods. The team of investigators gathered evidence on Coleman that showed striking inconsistencies in his casework. Due to this investigatory work, within four years 35 of the Tulia defendants were pardoned by Gov. Rick Perry. Two years later, Coleman was convicted of perjury and sentenced to 10 years probation. A civil lawsuit resulted in a multi-county $6 million settlement and was shared among the wrongfully-convicted defendants and their attorneys.
Tulia became a symbol of the failure of the war on drugs and shone a light on a nation still grappling with systemic racism in the criminal justice system. This idea is captured deftly in Cassandra Herrman and Kelly Whalen's documentary Tulia, Texas. The documentary surrounds the genesis and aftermath of the 1999 drug bust. "We always viewed the film as part small-town portrait, part courtroom thriller," Herrman told the Houston Chronicle. "At its heart, it's the portrait of a small town, but it reflects a national problem that affects all of us. It is a cautionary tale about the war on drugs and its effect. It's about a rogue cop, but it's also about how we have allowed situations like this to happen." 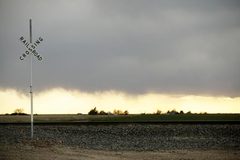 As the filmmakers illustrate through the documentary, Coleman wasn't a lone rogue cop; he was hired and supervised by one of the nation's controversial regional drug task forces, a system in which widespread corruption has been found. These task forces are an important source of income for cash-strapped rural police departments, but often these forces get money based on the numbers of people arrested.
The film website gives some background on the racial disparities promoted by these task forces:

As the drug task force program grew nationally so did the racial disparities among drug offenders, with African Americans today accounting for more than 50 percent of sentenced drug offenders, yet only 13 percent of the country's population. Mandatory minimum sentencing laws fueled the disproportionate number of African Americans in prison. In Tulia, low paid court-appointed attorneys with little interest in challenging the system represented most of the defendants indicted for cocaine dealing. And because there are no laws requiring undercover officers provide corroborating evidence, Coleman's testimony was all that was necessary to secure convictions. With increased awareness of the problems in drug law enforcement, civil liberties and tax reform groups have pressured Congress to evaluate the effectiveness of the federally funded drug task forces, set stricter standards and more closely monitor them. The ACLU of Texas has lobbied to enact "The Tulia Rule," requiring states receiving federal funding to provide corroborating evidence for any testimony by undercover officers or informants in drug cases.

A motion picture based on the Tulia incident is in the works, to be directed by John Singleton and starring Billy Bob Thornton and Halle Berry. But the documentary Tulia, Texas can be seen this week on PBS' Independent Lens series -- please check your local listings for broadcast times in your area.
For more information on the documentary visit Tulia, Texas Film or the California Newsreel.

Another Tulia in Texas