Skip to main content
Join the voice for a changing South.
Donate Today
By Guest BloggerFebruary 18, 2009 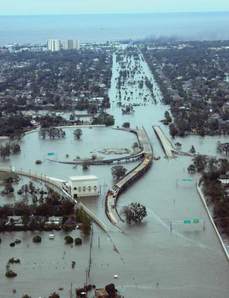 By Dr. Monteic A. Sizer

When President Barack Obama signed the recently passed American Recovery and Reinvestment Act on Tuesday, the state of Louisiana received approximately $3.8 billion in stimulus funding, according to Federal Funds Information.

Those funds are earmarked for an array of projects and specific uses, including some directly dealing with Louisiana's ongoing disaster recovery efforts. Other areas include Medicaid, the Supplemental Nutrition Assistance Program (formerly the food stamps program), roads and bridges programs, education, and clean drinking water programs, to name a few.

At a time when available resources are precious, some harshly criticized the merits of a spending package that will cost $787 billion, a package that is in addition to the trillions of dollars already allocated to subsidize the nation's banks, Wall Street, and the auto industry. Nevertheless, the stimulus bill cleared Congress and awaits only the President's signature.

Partisan debates over passage of the stimulus package are no longer warranted. What should occur now is a focus on accountabilities and transparency as to how those funds are spent.

In Louisiana, we sit in the potential path of destruction for six months every year. Despite that, the state has no long-term recovery preparedness plan in place. To its credit, the state did introduce Get A Game Plan last year in an effort to help families and businesses better prepare for hurricanes. And Governor Jindal did a good job post-hurricanes Gustav and Ike in overseeing immediate response efforts.

However, the state -- and the nation for that matter -- still has not yet produced a plan that focuses on long-term recovery following disasters. Thus, many Louisiana families still face the tremendous challenge of piecemealing their own personal recovery plans despite being more than three years removed from hurricanes Katrina and Rita making landfall. What's more, there appears to be no outward signs of progress in developing such a statewide recovery preparedness plan.

Continuing to ignore long-term recovery preparedness is a glaring oversight. The history of not being thoroughly prepared for human recovery in the wake of disasters has already cost the state billions of dollars and will continue to thwart Louisiana's long-term advancement if a recovery preparedness plan is not developed soon. Not only does the lack of such a plan decrease the likelihood that strategic decisions will be made with recovery preparedness in mind, but it also keeps the state from thinking long-term and looking at existing problems through the prism of how it can better prepare itself to withstand disasters of all types. Thus, we are not yet focusing on how long-term recovery should play a role in every aspect of the state's decision-making -- from transportation to building codes to land use options -- and the great benefits that would ultimately come from such forward thinking policies.

While the development of a long-term recovery plan will not occur during the timeframe in which states must plan for and spend these stimulus funds, Louisiana must keep one eye on recovery preparedness when determining the use of the stimulus money. The state itself touts a study by the National Institute of Building Sciences that contends that for every dollar spent on mitigation, approximately four dollars are saved in reduced losses. Therefore, it is safe to reason that for every infrastructure, education, healthcare, and public works project that specifically takes into account and plans for a targeted role in long-term disaster recovery, many times the actual cost of the project will be saved in reduced losses.

It's not always about receiving more resources. Often it's how you spend what you have that truly determines success or failure. And now Louisiana finds itself in a position to again receive billions of dollars in federal resources. Thus, intelligent planning could greatly increase the overall impact of those funds beyond their original value.

For instance, Louisiana is expected to receive hundreds of millions of dollars for projects associated with highways. Before building any new bridges or elevated highways with these funds, Louisiana should ensure that the projects meet tougher standards that will allow them to remain in service in the event of a catastrophic natural disaster such as a major hurricane. Without these essential roadways, many of our citizens are cut off from their homes and recovery-associated services are kept away. Long-range planning could prevent such problems and keep the state and federal governments from having to continually replace failed infrastructure following a disaster.

We know from previous disasters that available housing stock in impacted areas is a huge barrier to long-term recovery, especially to the working poor and those that require government assistance to subsidize their living arrangements. Thus, stricter building codes and careful consideration relative to placement of new housing should be considered before spending the millions of dollars allocated for housing initiatives.

Further, when planning for the deployment of high-speed Internet throughout the country, a project for which funds are allocated within the stimulus bill, underserved rural areas should be included and plans must be developed to also provide for the equipment necessary for people to utilize the technology, as the Internet has the potential to serve as a new source of access to information, services, and opportunities, especially for those who are traditionally left out.

Similar long-term strategies can be incorporated in many of the other projects funded by the stimulus plan. A failure to do so will only lead to more of the same and will cause Louisianians to be the real losers.

Those charged with spending the people's money must have the foresight to plan and prepare for future events that will either positively or negatively impact taxpayers. At the end of the day, it is essential that our leaders prepare for Louisiana's future by devising a thorough recovery preparedness plan. In the meantime, however, a smart use of stimulus funds that takes into account long-term human recovery strategies and concepts would save taxpayers billions, if not trillions, of dollars in the future and demonstrate a positive new direction for Louisiana.

Dr. Monteic A. Sizer is President and CEO of the Louisiana Family Recovery Corps. For more information about the Recovery Corps, please visit www.recoverycorps.org.

VOICES: Saying no to stimulus money makes no sense