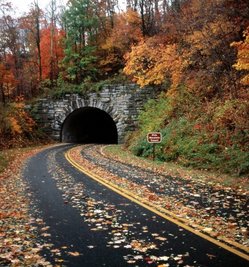 Remember when everyone was talking about "A New New Deal?" Prospects for such bold action to confront the economic crisis seem remote now -- especially in the South, where Republican governors like South Carolina's Mark Sanford are refusing to even use federal stimulus funds for economic stimulus.

The hardened antipathy of today's Southern politicians to public investment is especially ironic given the South's history. I'm reading Roger Biles' interesting book The South and the New Deal, and he makes a compelling case that public works programs were critical to pulling the South out of the Great Depression and allowing it to catch up with the rest of the country economically.

Far from creating meaningless "make-work," Works Progress Administration projects were vital to strengthening the social and economic fabric of the South. They also allowed Southern states to, almost free of charge, modernize infrastructure that Northern cities had to pay for themselves. Here's an interesting passage from Biles' book:

[T]he WPA provided a wellspring of jobs for uenmployed southerners as well as a host of construction projects and civic improvements. The lining of miles of ditches with concrete helped eradicate malaria as a major health problem and, by the estimate of a federal administrator, brought many phsysical improvements to the region thirty years before they would otherwise have been affordable.

In Kentucky alone the WPA constructed more than nine hundred public buildings and improved fourteen thousand miles of roads. In South Carolina WPA and PWA funds made possible the completion of the Santee-Cooper project, a miniature version of the TVA. Atlanta's massive sewer system was the single largest WPA project in the South, employing thousands of unskilled workers for months.

Historian David R. Goldfield noted: "The federal government paid for the capital facilities in southern cities that northern cities had paid for themselves in earlier decades and on which they were still paying off the debt. The almost-free modernization received by southern ctiies would prove to be an important economic advantage in subsequent decades."

Today's Southern leaders seem completely out of touch with this history, despite evidence of the success of public works programs literally all around them. Even a practical proposal like the Gulf Coast Civic Works project -- a clear-cut case where federal investment could have made a big difference -- fell victim to such historical amnesia and today's ideological straight-jackets.

For a region that cherishes its history, how can the South be so removed from a key moment in its history that had so much to bringing the region to where it is today?

[PHOTO: The Blue Ridge Parkway, started as a public works program in 1935, is one of many New Deal projects still popular in the South.]

What will the new global trade deals mean for the South?

KROMM REPORT: How is the "regional party of the South" doing in the South?