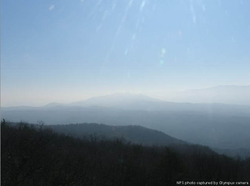 The Tennessee Valley Authority is facing mounting demands to leave behind its dirty energy past and become a clean energy leader.

In January, Thornburg ordered TVA to clean up pollution from the four plants. The decision came in a lawsuit filed against TVA in 2006 by N.C. Attorney General Roy Cooper that sought improved pollution controls on a total of 11 TVA coal-fired power plants. Thornburg's January ruling held that seven of the plants were too far from North Carolina to have any impact there.

TVA, the nation's largest public power provider, asked the court for extra time to address the pollution, arguing that the accelerated timetable imposed by Thornburg is a "manifest injustice" and a "fiscal problem," according to the paper. But the judge rejected that argument and ordered the company to move ahead with the cleanup.

The requirement that TVA capture more of its pollution before it leaves the plants' smokestacks will make it even more urgent for the company to improve the way it handles such combustion waste in order to avoid a repeat of last year's massive ash spill. In the latest news from that ongoing disaster, evidence has emerged that TVA may have manipulated science methods to downplay water contamination, with The Nation reporting that the company appears to have intentionally collected water samples from clean spots in the Emory River to make the pollution from the spill seem less severe than it actually is.

This is a critical moment for TVA's future, with President Barack Obama expected to appoint four new board members in the coming weeks. The Tennessean reports that at least four Tennessee residents have been contacted by the White House about the job: real estate investor and environmental activist John Noel and former U.S. Senate candidate Bob Tuke, both of Nashville; state Rep. Mike McDonald of Portland; and Middle Tennessee State University economics professor Barbara Haskew. A coalition of environmental groups recently sent a letter to the White House asking the president to use the appointments to transform TVA into a clean energy leader.

Meanwhile, TVA is facing a legal challenge to its plans for building nuclear reactors at its Bellefonte plant in Jackson County, Ala. The Blue Ridge Environmental Defense League recently filed a petition asking a federal appeals court to review the Nuclear Regulatory Commission's reinstatement of construction permits for the reactors, with a representative of the advocacy group charging the NRC with "bending over backwards to accommodate TVA and ignoring their role as regulators."

Back in the 1970s, TVA had planned to build two reactors at the plant -- Bellefonte 1 and 2 -- but ditched the plans after spending some $4 billion. Then last year, TVA requested a license to build two new reactors there -- Bellefonte 3 and 4 -- while also asking the NRC to re-instate the permits for 1 and 2. BREDL charges that TVA has illegally attempted to circumvent the National Environmental Policy Act by failing to fully consider the impacts of four nuclear reactors at the site on TVA's Guntersville Reservoir.