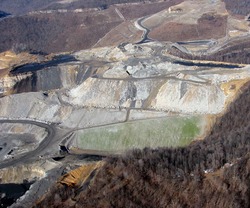 During his presidential campaign, Barack Obama spoke critically of mountaintop removal, a mining method that involves blasting off the tops of mountains and dumping the waste into valleys below. During an August 2007 stump speech, for example, Obama made it clear he disapproved of the destructive practice, which so far has leveled more than 470 peaks across Appalachia.

"We're tearing up the Appalachian Mountains because of our dependence on fossil fuels," he told an approving crowd in Lexington, Ky.

But since taking office this year, the Obama administration has sent mixed signals about its stance on mountaintop removal, troubling activists working to stop the destruction.