The World Health Organization warned countries this week that a global pandemic from swine flu appeared imminent. The number of confirmed cases continue to grow rapidly -- more than 331 cases have been confirmed worldwide, with 109 of those here in the United States. The first confirmed U.S. death occurred here in the South on Wednesday when a toddler died in a Houston hospital.

The Atlanta-based Centers for Disease Control is reporting that swine flu is most likely being spread person-to-person through coughing or sneezing of infected people. In response to the outbreak, the CDC and state public health departments have urged people who are sick with flu-like symptoms to stay home from work or school to avoid infecting others.

The problem? That order's going to be a hard one to follow in a country like the United States where people routinely go to work sick. 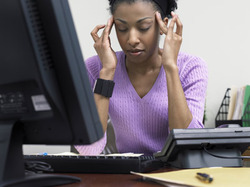 With no state or federal laws that guarantee paid sick days for U.S. workers, millions of Americans risk losing a day's pay if they take off to recover. And in the middle of an economic recession -- with so many people living paycheck to paycheck -- staying home from work if ill may not even be an option for many.

"Nearly half of private sector workers in the United States don't have a single paid sick day," said Debra L. Ness, president of the National Partnership for Women & Families. "The same is true for nearly four in five low wage workers. And nearly 100 million workers don't have a paid sick day they can use to care for a sick child. For them, staying home means losing pay and, perhaps, losing their job. In this economy, that's a terrible choice to have to make."

Without paid sick days, many workers have to make a difficult choice -- keeping their job and getting a paycheck or caring for themselves, a sick child, or a sick parent. The hard choices only increase in times of economic crisis when workers are even more concerned about keeping their jobs.

When workers took time off for illness or to care for a sick family member, one in six said they were fired, disciplined or threatened by their employer, according to a survey conducted by the National Opinion Research Center of the University of Chicago. As a result, workers who lack paid sick time are more likely to go to work when sick, and parents who cannot stay home with a sick child are more likely to send sick children to school or daycare, resulting in even more infections.

With outbreaks such as the swine flu hitting so close to home, labor and health advocates are more fired up than ever to see paid sick day laws passed in state legislatures. They point out that recent outbreaks should bring front and center the public health risks of failing to provide paid sick days in federal or state law. 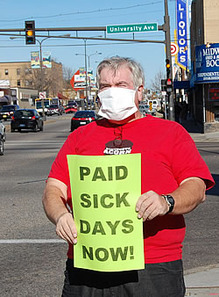 Fortunately, a national paid sick day movement is growing. Around the country, grassroots, labor rights and heath advocates have been engaging in local and national efforts in support of paid sick day legislation. Although there is no state or federal legislation yet in place, in 2006 San Francisco became the first locality to guarantee paid sick days for all its workers. In 2008, Washington, D.C. and Milwaukee became the second and third in the nation to pass paid sick days, and the first to include safe days for victims of domestic violence, sexual assault, or stalking.

Calling this a public health crisis, more than 30 groups -- including healthcare organizations, women's groups, and advocates for children, families, and the elderly -- recently came together to form NC Paid Sick Days coalition. The coalition is pushing for the passage of the Healthy Families and Healthy Workplaces Act, HB 177 and SB 534, which was introduced in the North Carolina House and Senate in February and March respectively.

The coalition has also been putting together a series of statewide town meetings to raise awareness about the legislation. The legislation itself would give workers one hour of sick leave for every 30 hours worked. Paid leave would be capped at four days for employers with 10 or fewer workers, and seven days for employers with more than 10. The paid sick days provided could be used for an employee's own illness, to care for a sick family member, or to recover from incidents of domestic violence and stalking. Both bills have garnered dozens of co-sponsors, with 27 on the House bill and 14 on the Senate version.

One of the groups leading the fight to change the state law is the North Carolina Justice Center. In a recent statement, the community advocacy group underscored that paid sick days are one of the core ways of protecting a community's public health. "When workers go to work sick because they can't risk a day's pay, their germs become our germs," the group said.

The Benefits of a Healthy Workforce

Supporters of paid sick days argue that "presenteeism" -- workers coming to work even when they are ill -- costs our economy far too much. Paid sick days would hold down health care costs while increasing workplace productivity and decreasing turnover, studies show. Research further indicates that employees going to work sick cost U.S. businesses a striking $180 billion a year in lost productivity, a cost that far exceeds the price of employee-provided medical and disability benefits. 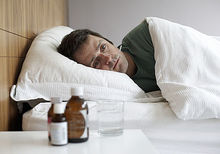 Moreover, paid sick days are not only rational in terms of protecting public health, but would also increase social equity, human rights advocates argue. Low-wage and service-sector workers disproportionately suffer from a lack of paid sick days -- some 77 percent of low-wage workers do not receive paid sick days. Women, African-American and Hispanic workers are more likely to be without paid sick days. Despite these workers' close and constant contact with the public, nationally between 75 and 90 percent of food service workers, restaurant workers, child care workers, and hotel employees lack paid sick days, making the risk of contagious disease especially high in these sectors. Studies show that some 50 percent of outbreaks are caused by ill food service workers.

In the end, even if swine flu remains isolated and small in the United States, the outbreak has shone a light on a weak U.S. health care system and the urgent need for change. Health advocates also see this as an important moment for the Obama administration and Congress to push for paid sick day legislation at the federal level. In Congress, the Healthy Families Act (S. 910 and H.R. 1542), which was first introduced in 2005, is a bill that would let workers accrue up to seven paid sick days a year that they could use to recover from illness or care for a sick family member. The legislation is expected to be reintroduced by Rep. Rosa DeLauro (D-CT) next month.