Skip to main content
Join the voice for a changing South.
Donate Today
By Desiree EvansJune 12, 2009 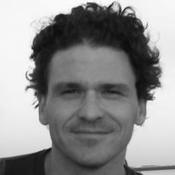 Novelist and McSweeney's-founder Dave Eggers has written a new nonfiction book detailing the riveting story of a Syrian-American family who lived through Hurricane Katrina in New Orleans and its aftermath. Eggers is the author of six books, including the bestselling memoir A Heartbreaking Work of Staggering Genius and What Is the What. This latest book, entitled Zeitoun, is set to be released next month.
The story is told through the eyes of a Muslim-American family, Abdulrahman and Kathy Zeitoun, who were living Uptown during the storm. Abdulrahman, a prosperous Syrian-American and father of four, stayed in the city during the hurricane. In the days after the storm, he traveled the flooded streets in a canoe, passing on supplies and helping those he could. A week later, on September 6, 2005, Zeitoun abruptly disappeared.
Eggers recently discussed the book in a long, intriguing interview at The Rumpus, where he explains that he first encountered the Zeitoun family in the course of work on a Katrina oral history called Voices From the Storm. 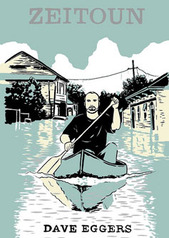 "[T]heir story intrigued me from the start," Eggers tells The Rumpus, "given that it's at the intersection of so many issues in recent American life: the debacle of the government response to Katrina, the struggles facing even the most successful immigrants, a judicial system in need of repair, the problem of wrongful conviction, the paranoia wrought by the War on Terror, widespread Islamophobia..."
Eggers will be setting up a nonprofit for Zeitoun as he did with his bestselling book, What Is the What. The Zeitoun Foundation will grant funds to nonprofits working in New Orleans.
Check out more about Eggers' latest book in his interview at The Rumpus.