Skip to main content
Defend democracy in the South.
Donate Today
By Desiree EvansJune 3, 2009
The beginning of the hurricane season carries with it an added set of issues this year.Along the Gulf Coast, thousands of empty, foreclosed-upon homes sit in the path of future storms. These vacant homes could pose a danger if a major storm hits these regions. As the Associated Press reported this week, these unoccupied homes would "be defenseless in a storm; there will be no one to put up shutters, batten down garage doors and otherwise secure homes. But that's not all. Nearby homes and their residents would also be at risk from wind-propelled debris."
With no one securing these foreclosed-upon homes, hurricanes could turn these abandoned properties into safety hazards during a storm. Destroyed or heavily damaged homes would also further depress property values in already hard-hit areas. 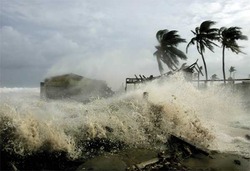 This is especially the case in Florida, one of the states hardest hit in the foreclosure and housing crisis. Even though a record number of foreclosure filings took place during April across the nation -- one of every 374 U.S. homes received a filing during the month of April -- Florida continues to rank among the top states in the nation for foreclosures (second only to Nevada) at three times the national average. The state saw a 37 percent hike in foreclosure activity in April, with 64,588 homes put into foreclosure.
South Florida in particular, in counties such as Miami-Dade and Broward, had twice the number of homeowners in some stage of foreclosure in April compared to March. Florida led the South, but Georgia, Texas and Virginia were also in the top ten of states most impacted by the crisis. 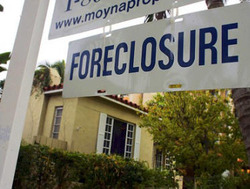 Several other areas most likely to be struck by a hurricane along the Atlantic and Gulf coasts are also suffering the most in this recession, according to the AP:

In March, there were 281,691 homes in foreclosure in Florida and coastal counties in Alabama, Georgia, Louisiana, Mississippi, North Carolina, South Carolina, Texas and Virginia.

Local governments are not responsible for maintaining foreclosed-upon homes. Property managers and banks hold the legal responsibility, but many of them are unprepared to secure homes during the hurricane season. In many cases banks have already been criticized for being slow to pay homeowner's fees or make repairs to foreclosed homes.
The foreclosure crisis has only added to the housing crisis in Gulf Coast states, where empty homes litter the region. Most of these are homes that were damaged by Hurricanes Katrina, Rita, Gustav and Ike, but owners have not had the funds to rebuild and repair.
The failure of local recovery programs to help residents rebuild can be seen in New Orleans. A recent analysis by the Greater New Orleans Community Data Center found that as of March 2009 nearly a third of New Orleans properties were empty or blighted. Even though blighted housing dropped by 3 percent in the past year, with 31 percent of all residential properties either unoccupied or blighted, New Orleans continues to lead all U.S. cities in blight.
Galveston is facing a similar crisis. As the AP reports:

In Galveston, Texas, where more than 17,000 home were damaged by Hurricane Ike last year, there are still many empty homes -- but not because of foreclosures. The properties were damaged during the storm and owners don't have the money to rebuild.

"These homeowners have the biggest hurdles as far as getting back into their homes," City spokeswoman Alicia Cahill said. "A lot of the homes that were affected were lower income to moderate income families who didn't have a huge insurance policy or a lot of extra cash lying around to make repairs."

Another unwelcome health hazard to come out of the foreclosure crisis is the rise of mosquitoes, a particular issue for Atlantic and Gulf Coast states, and residents with homes close to standing water. The National Pest Management Association warned that the increasing numbers of foreclosures in the last twelve months has heightened the potential for mosquito infestations, and could increase the transmission of such viruses as West Nile.