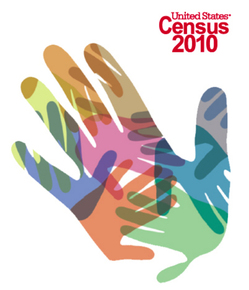 Across the country, states and community organizations continue to prepare their populations for the 2010 Census, underscoring that accurate counts are important to the economic recovery in these states.

The information gathered in the 2010 Census will be used to determine the distribution of some $300-400 billion in federal funding to state and local communities. As Facing South reported, the decennial count could pose a challenge for the South and other parts of the country facing budget crises and fast-changing demographics.

Southern states have been undercounted in the past, resulting in the loss of millions in federal funding. Moreover, many Southern states have a disproportionate share of the populations that are historically undercounted: African-Americans, immigrants, low-income residents and military families. Simply put, undercounting means these communities and populations do not get their fair share of public funding, an increasingly important issue in the midst of the country's deepening economic troubles.

Getting an accurate count of new immigrants -- whose populations are rising fastest in the South -- poses a large challenge to many Southern states. In particular, a portion of the new immigrant population -- undocumented immigrants -- are one of the most severely undercounted groups, and they also face the most political opposition to their inclusion and are the least likely to answer the census questionnaires, according to a new policy report by the Drum Major Institute, a New-York based non-partisan think tank.

DMI's policy paper argues that the nation as a whole will benefit from the inclusion of undocumented immigrants in the 2010 Census, explaining that "a complete national demographic profile of undocumented residents is necessary to provide adequate federal resources for state and local programs that impact all residents, helping to prevent budget cuts in critical areas such as public education, infrastructure, transportation, and healthcare."

Over the years community groups have pointed out that when funding doesn't reach cash-strapped communities, vital programs have suffered. That means if undocumented immigrants are not fully included in the upcoming census, the communities where they live will not receive adequate resources and services to provide for local needs.

According to the report:

The United States cannot afford to exclude undocumented immigrants from the 2010 Census. Failing to gather accurate information about an estimated 12 million undocumented residents will make it too difficult for the country to recover from the worst recession in decades: local and state governments won't receive adequate funding for public services; businesses will be discouraged from investing in new markets and creating jobs in growing communities; costly mistakes will be made in infrastructure, education, and health care because of incomplete demographic data.

Out of all of the traditionally undercounted groups, undocumented immigrants are the only ones facing an effort to deliberately exclude them from the constitutionally-mandated count, the report explains. Opponents of a full census count even drafted a joint resolution in Congress seeking to limit census apportionment to "citizens" -- by replacing the word "persons" with "citizens" in the Constitution.

Right-wing efforts to not count the undocumented, combined with the anti-immigrant federal climate that has increased over the past few years, has made ensuring an accurate count this year even more difficult.

As the report notes:

The 2010 Census comes at a time when undocumented immigrants are increasingly marginalized. Their precarious legal status leaves them vulnerable to threats of deportation and arrest. A nationwide crackdown on undocumented immigration has led to an increase in local immigration law enforcement and detention centers. With these challenges in mind, traditional stakeholders--community organizations, advocates and the Bureau itself--must intensify their efforts in encouraging undocumented families to respond to the census.

CENSUS WATCH: Masking identities or counting the indigenous among us?