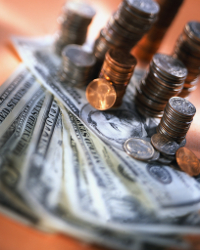 Overall, federal recovery spending is working as intended, helping states provide needed services and avoid layoffs that would be worsening unemployment rates. The Center on Budget and Policy Priorities estimates that these funds are providing states with 40 percent of what is needed to help their budgets in balance over the next few fiscal years. The recovery plan has provided states with flexibility in addressing key programs and priorities.

Unfortunately, a number of states have wasted budget funds on trying to steal jobs from one another, as highlighted by Good Jobs First. A few of the worst examples:

As Good Jobs First writes, this is part of a long-term trend where "footloose corporations...play states and cities like a fiddle so that small businesses and working families get stuck with higher taxes and lousier public services."

But in a time of economic crisis when state budgets are devastated, wasting money on zero-sum bidding wars is destructive to the overall economy, since it diverts money from investments in people and infrastructure that will actually build long-term economic competitiveness for our country.

A tale of two states and subsidy transparency