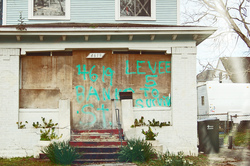 For many people in New Orleans and the Gulf Coast, the election of President Barack Obama to the White House last November brought a sense of renewed hope - or at least an opportunity to change the course of the region's stalled Katrina recovery.

But a report released today by the Institute for Southern Studies [pdf] finds that, so far, many Gulf Coast advocates give the administration low marks for their Gulf recovery - and they don't think Washington has lived up to its promises to make rebuilding a priority.

Promises to the Gulf

President Obama had made the federal government's obligation to Gulf Coast rebuilding - and the Bush administration's failure to fulfill that promise - a centerpiece of his campaign and agenda. As Obama said on a campaign stop [pdf] in New Orleans in August 2007, "Let New Orleans be the place where we strengthen those bonds of trust, where a city rises up on a new foundation that can be broken by no storm."

Obama repeated his commitment in New Orleans in February 2008:

The broken promises did not start when a storm hit, and they did not end there ... I promise you that when I'm in the White House I will commit myself every day to keeping up Washington's end of this trust. This will be a priority of my presidency.

But the Institute's new report [pdf], based on surveys with over 50 Gulf Coast community leaders, reveals ongoing frustration with the scope and pace of federal initiatives.

Survey respondents included leaders from faith, community and environmental groups working in Alabama, Louisiana, Mississippi and Texas. They were asked to grade the president and Congress in eight key areas -- and many expressed belief that, to date, little in Washington has changed:

* Gulf Coast leaders give the Obama administration's recovery efforts a grade of "D+." The only area where Obama ranked higher than a "D" was in the administration's willingness to "publicly acknowledge the challenges facing recovering Gulf Coast communities," which earned a "C-."

* Surprisingly, Gulf Coast leaders didn't report much improvement over the previous administration: The Obama's grade of "D+" was only slightly higher than the "D-" grade for President Bush.

The Obama administration, which has been submerged in policy battles over economic stimulus and health care, argues it remains committed to the Gulf Coast. Officials point to "shaking loose" $1 billion in appropriated federal funds, moving people out of temporary housing and creating an arbitration panel to handle disputes that have hamstrung rebuilding projects.

Less stimulus for the Gulf

But Gulf Coast advocates view the president's $786 billion stimulus bill passed this spring as another missed opportunity. According to the New Orleans Times-Picayune, the White House announced before the Congressional vote that the bill "would create or preserve fewer jobs in Louisiana's 2nd Congressional District than any in the nation, chiefly because the calculations were based on the district's storm-depleted population."

Congress and the president also passed on proposals for a Gulf Coast Civic Works program for "shovel-ready" green rebuilding, and a recommendation from President Bush's Gulf Coast advisor to inject $1.5 billion into stalled Gulf projects.

This may help explain this report's findings that the current Congress receives similarly low grades from Gulf advocates:

* The current 111th Congress received a "D" grade for Gulf recovery -- the highest grade (a "D+") again earned only for members' willingness to "publicly acknowledge challenges."

* The "D" grade awarded to the current Congress is almost identical to that given to the previous (110th) Congress, which also scored a "D."

Clearly, many Gulf Coast leaders believe that -- whatever the reasons -- the current leadership in Washington has not lived up to its pledge to strengthen recovery efforts in the region.

If the President and Congress are to keep their promise -- and regain the confidence of community leaders -- they must signal a more focused commitment to renewal in the still-struggling Gulf Coast.

Dispatch from New Orleans: What can Katrina teach us about real economic recovery?

VOICES: Is Alabama the 'stepchild' of Katrina recovery?