Skip to main content
Join the voice for a changing South.
Donate Today
By Sue SturgisSeptember 23, 2009 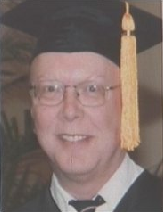 The FBI and state police are investigating the death of a U.S. Census worker whose body was found hanging from a tree near a cemetery in a remote part of Kentucky with the word "fed" scrawled on his chest.

The Associated Press reports that the body of Bill Sparkman, a 51-year-old part-time Census field worker and substitute teacher, was found Sept. 12 in the Daniel Boone National Forest in rural southeast Kentucky's Clay County. Sparkman has worked for the Census since 2003.

Co-workers became worried about Sparkman when he failed to show up for a Sept. 10 work assignment at Johnson Elementary School in Laurel County, Ky., WKYT reports. Sparkman recently earned his teaching degree while working two jobs and fighting cancer.

Lucindia Scurry-Johnson, assistant director of the Census Bureau's southern office in Charlotte, N.C., told the AP that law enforcement authorities have said the death is "an apparent homicide." The bureau has suspended door-to-door operations in Clay County until the investigation is complete.

Investigators are reportedly trying to determine whether anti-government sentiment played a role in the killing.

In recent years the Daniel Boone National Forest has become a center for illegal drug production, with numerous marijuana plots and meth labs. A story about lawlessness in the park that appeared in Harper's magazine last year reported that attacks and threats against Forest Service employees there have increased more than fivefold in the past decade.

(Photo of Bill Sparkman from WKYT)

CENSUS WATCH: Report urges an accurate count of the undocumented