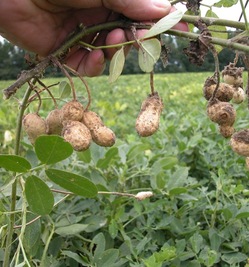 The U.S. Environmental Protection Agency has promised to more strictly regulate coal ash -- but it's still promoting use of the toxic waste on food crops as a soil amendment.

This month EPA and the U.S. Department of Agriculture enter the final year of a three-year partnership that's part of a larger effort by the American Coal Ash Association, the Electric Power Research Institute and others to "promote appropriate increased use of" coal ash in agriculture, according to documents released recently by Public Employees for Environmental Responsibility.

The agencies say coal ash can improve the texture and fertility of soil -- but environmental advocates raises concerns about the toxic elements in the stuff. Created by the burning of coal for power, coal ash contains contaminants including arsenic, lead and mercury.

"USDA should pull out of the coal ash business tomorrow morning," says PEER Executive Director Jeff Ruch, who obtained the documents under the Freedom of Information Act. "USDA does American agriculture no favors by duping farmers into spreading hazardous wastes across their fields."

According to an April 2, 2009 letter [pdf] from USDA's Agricultural Research Service to EPA's Office of Resource Conservation and Recovery, one of the coal combustion products being applied to crops is what's known as flue gas desulfurization (FGD) gypsum, which is produced when power plants add lime to remove sulfur dioxide from exhaust gas. The material also contains impurities including arsenic and mercury. As ARS Deputy Administrator Steven R. Shafer wrote:


An important use of FGD-gypsum is as a replacement for commercial gypsum applied to peanuts on Coastal Plain soils in the southeastern US.

Coal ash products are also used in growing corn, tomatoes, alfalfa, and other crops, according to the letter -- which goes on to note the uncertainty surrounding the potential environmental risks of applying coal combustion products to crops:

For example, new technology to reduce greenhouse gases and remove sulfur dioxide, mercury and particulates from power plant emissions also increases the metal content, such as mercury and arsenic, in the CCPs. The use of these materials in agriculture may create risks to the environment depending on coal source, technology used, and the land application rate.

According to EPA, agriculture uses more than 180,000 tons of coal ash and other coal combustion products annually. There are currently no federal standards governing the application of such materials on food crops.

"The public does not want its food to come from 'industrial material recycling' any more than it wants coal-flavored cauliflower," Ruch said. "This coal ash re-use campaign is really just a multi-billion dollar backdoor subsidy to the coal industry to relieve it of the true costs of handling its toxic wastes."

(Photo of a South Carolina peanut field by Pollinator from Wikimedia Commons.)