Skip to main content
Join the voice for a changing South.
Donate Today
By Desiree EvansOctober 9, 2009 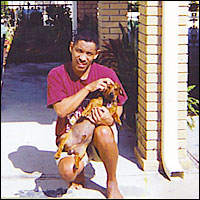 According to the New York Times:

Four years after the department was accused of acting lawlessly in suppressing violence in the wake of Hurricane Katrina, dozens of officers, some from an elite unit, have been interviewed by the F.B.I. or faced subpoenas to testify before federal grand juries. F.B.I. agents seized files from the department's homicide division.

It's been a long wait for many of the families and victims of the post-storm police violence, but many hope that more answers will come to light.

As the Times-Picayune reports:

Grand jurors have been meeting for months in the federal building on Poydras Street, asking questions and seeking answers about what happened in the dark days after the storm.

Among the mysteries they're trying to unravel: Did New Orleans police officers fatally shoot 31-year-old Henry Glover? Did other officers incinerate a car with his body inside and leave it on an Algiers levee? If so, why? And what, exactly, happened on the Danziger Bridge, where two men were killed by police?

In late September federal investigators shut down the Danziger Bridge in New Orleans East, where one of the most notorious police shootings took place on on Sept. 4, 2005, six days after Katrina struck New Orleans. For several hours last month FBI agents combed for evidence on the bridge looking as part of a federal investigation into the shootings. It was on this bridge that New Orleans shot several pedestrians, killing two men and severely wounding four others following Katrina. The pedestrians were all shot multiple times, and one woman had an arm partially blown off.

As the Institute for Southern Studies reported [pdf] in 2007:

While police claim they were shot at first, no weapons have been recovered linked to the civilians on the bridge, and the survivors insist they did nothing to provoke police. An autopsy showed that one of the people killed--a developmentally disabled 40-year-old named Ronald Madison--was shot in the back

Survivors of the shooting have continued to assert they were unarmed and ambushed by the officers. In 2006, the seven NOPD officers involved in the shootings were charged with murder and attempted murder, but as Facing South reported in August 2008, a Criminal District Court judge later dismissed the charges, saying that prosecution errors had tainted the case.

It was then that the Department of Justice picked up the case, and a federal grand jury investigation has been under way since the spring. In August, FBI agents raided the NOPD homicide division looking for files and evidence relating to the cases.

Another high-profile case under investigation by the DOJ is that of Henry Glover. On Sept. 2, 2005, four days after Katrina's landfall, Glover, 31, was shot by an unknown assailant -- possibly a cop -- in Algiers. According to witness reports, Glover sought help from a group of NOPD officers, but the cops refused to treat him or call for an ambulance, instead allowing him to bleed to death in the back seat of a car. Weeks later Glover's remains were found, charred to ashes and bone fragments, in the burned out shell of the car. There was no investigation into Glover's death until almost three years after the storm, following renewed media attention in the case.

As the New York Times reports on the importance of the investigations:

Their outcomes could answer some of the most disconcerting questions of the storm's aftermath -- in particular, whether these were singular tragedies in the extraordinary chaos of the time or whether they laid bare deep problems in the force.

If indictments are brought against the officers, who in some cases have been celebrated as heroes of the storm, the impact -- on the city's race relations, on the coming mayoral election and on the essential but already brittle relationship between police officers and citizens -- could be profound.

Nevertheless, four years after the hurricane, the actions of the police continue to haunt the city, much like the actions of the doctors and nurses connected with the euthanasia deaths of patients at the city's Memorial Medical Center in the days following the storm.

(Image: Ronald Madison, who was shot dead on the Danziger Bridge in New Orleans on Sept. 4, 2005.)