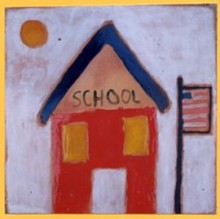 They came on a mission to teach American children, but ended up getting a tough lesson on America's volatile labor system.
A group of Filipino teachers recruited for Louisiana schools was coerced into contracts that amounted to "virtual servitude," according to a complaint filed by the Louisiana Federation of Teachers and the American Federation of Teachers.
Educators were roped in by a sophisticated immigrant employment agency, Universal Placement International (UPI), through lucrative deals brokered by Lourdes "LuLu" Navarro. For a chance to teach in Caddo Parish, East Baton Rouge Parish, Jefferson Parish and the New Orleans State Recovery School District, teachers allegedly had to pay about $15,000, and the firm would then siphon off 10 percent of each paycheck.
The union says the company drained nearly 40 percent of the teachers' salaries and routed those who couldn't make the payments to severely high-cost loans.
Navarro also allegedly absorbed extra money from officials of the politically tumultuous New Orleans Recovery School District.
In the complaint, filed with the state Attorney General and Workforce Commission, the union demanded that the contracts be voided and that teachers (considered fully qualified) receive financial compensation. The company could face criminal penalties for various state and federal labor violations.
The testimonies of recruits describe a constant sense of fear:

I received my (Social Security) card after two months with the envelope open. UPI received my card in California and I am afraid that I lost my privacy and security for what they did to me. I was also instructed to sign a paper which I was not given a chance to read the 4 to 5 pages contract. We were warned not to ask a lot of questions regarding the contract because according to Francis, Miss Navarro doesn't like people questioning those stuff.... Our rental and rights are always being decided by Miss Navarro and Savoy. Our rental is higher compared to other leassees. I found it so unfair.

The wariness of government institutions intersected with the grip of the agency that controlled their livelihoods:

After Hurricane Gustav, there were food stamps offered by the Baton Rouge but Lulu warned us again that we cannot get the food stamps because we can go to jail. Mrs. Navarro always scared us, and saying that if we will not follow her, she can send us back home to the Philippines , which stress me so much, I don't do nothing just CRY.

The formal complaint may represent just one corner of a major labor racket, according to Louisiana Federation of Teachers President Steve Monaghan: "As soon as the shackles of these illicit contracts are legally voided, we believe that other migrant educators will come forward with additional complaints."
The plight of the Filipino teachers marks the overlap of two global patterns: the exploitation of migrant contract labor and the destabilization of the education workforce.
In New Orleans, the dysfunction of the city's chaotic and deeply segregated public school system has been resurrected with a post-Katrina twist of unbridled capitalism. As the city embarked on an "entrepreneurial" education reform agenda, Ralph Adamo wrote in the American Prospect in 2007, teacher recruitment played into the transfer of a public trust into shady private hands.

A great deal of money has been spent on teacher recruitment as well, and many new, young teachers are arriving via Teach for America, among other routes. Whether any of them will stay or succeed in their mission remains to be seen. What is already clear, however, is that the news media in New Orleans, focused as always on leading the cheer for the next savior, has allowed the failures of an entire year of public education at the expense of thousands of children to be forgotten, to quietly disappear as though it just takes a year of abject incompetence and remorseless failure to get the engine of public education re-started.

A recent PBS investigation found that many students continue to struggle with low test scores and dismal dropout rates.
The Filipino workers symbolize a trend across the Gulf Coast and around the country--documented by groups like the New Orleans Workers' Center for Racial Justice -- of feeding wage slavery with "legal," visa-driven immigrant labor.
The Philippines, a former colonial outpost of the American empire, is subsumed in a vast labor network that stretches from the piracy-rattled Somali coastline to your neighborhood hospital.
Yet to portray Filipino migrants as mere victims would rob them of the power they've slowly garnered through their struggles.
Capitalizing on the momentum of a global diaspora, the teachers have used the blogosphere to organize and raise awareness. A recent post warns other would-be migrants about what they might face if they make the perilous journey:

[W]e don't want more Filipinos to experience what many of us went through under some placement agencies whose operations are bordering on human trafficking.

Whatever the outcome of their case, the Louisiana teachers will certainly not be the last Filipino workers to venture across the Pacific, especially in the wake of the latest environmental catastrophe. But as more migrants fan out to other shores, they're sowing a transnational community that follows wherever opportunity takes them.
This post originally appeared in RaceWire, the blog of Colorlines magazine, and in In These Times.
(Image from Wall of Courage, New Orleans, www.oct17.org.)

'Employee engagement' no subsitute for a union at VW

WHAT SPILL? Congress has done 'virtually nothing' to address issues raised by BP disaster