Skip to main content
Join the voice for a changing South.
Donate Today
By Desiree EvansOctober 6, 2009 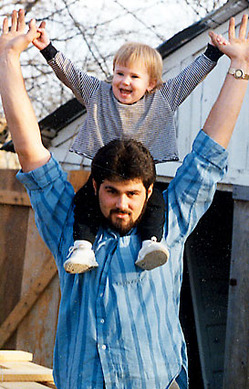 Last month, Facing South reported on the case of Cameron Todd Willingham, a Texas man executed in 2004 for allegedly setting his house on fire and killing his three children.

This past August, a nationally-known fire expert told a Texas state commission on forensics that the arson investigation that condemned Willingham was poorly conducted and the forensic evidence couldn't be supported by science.
Simply put: there is growing evidence that in 2004 Texas executed an innocent man.
Now Texas Governor Rick Perry is being accused of trying to cover up this possible wrongful execution, which would have happened under his watch. Last week, Perry replaced the head of the Texas Forensic Science Commission and two other members. The commission was preparring to determine if a flawed arson investigation led to the execution of Willingham, but the removal happened just two days before the commission was scheduled to review the case and hear expert testimony challenging the conclusion of the original arson investigation. Perry's removal of three members forced a cancellation of the review.
The ousted members said that their abrupt removal by Perry could slow the panel's inquiry into the case, cripple the commission and delay the overall investigation indefinitely. Alan Levy, one of the ousted commissioners, told CNN that it was disruptive of Perry to make new appointments when the "commission was at a crucial point in the investigation." Levy said he didn't know if the case would ever be heard now.
Several observers remain suspicious of Perry's motives and see his shake-up of the commission as a way of delaying the commission's findings, especially in light of the governor's upcoming reelection bid. Barry Scheck, co-director of the advocacy group The Innocence Project compared the move by Perry to "Nixon firing Archibald Cox to avoid turning over the Watergate tapes." Cox was the special prosecutor investigating Nixon's administration during the Watergate scandal.
Observers say that if the review does go forward, it likely won't happen until after the gubernatorial elections.
A Proven Innocent Man
The New Yorker chronicled Willingham's case in detail in September, reporting that one of the nation's leading fire investigators looked at the evidence used to convict Willingham and said the conclusions reached by arson investigators were based on bad forensic evidence and discredited "junk science."
Willingham's guilt was in question by experts even before his execution, but Perry refused to grant the death row inmate a last-minute 30-day stay of execution in 2004 despite the compelling evidence of his innocence. A stay would have allowed his lawyers a chance to further review the questionable arson reports, and could have prevented Willingham's death.
As the Wall Street Journal reports on their blog:

To the very end, however, Willingham maintained his innocence: "I am an innocent man convicted of a crime I did not commit," he said before he was killed.

Various experts who took up the Willingham case after his conviction but before his execution came to believe Willingham's story. Gerald L. Hurst, an Austin scientist and fire investigator, reviewed the evidence and determined the investigators had relied on several outdated methods to reach their conclusions. Most of the evidence could be explained by an accidental fire, Hurst said.

Regardless, Gov. Perry declined to spare Willingham's life in 2004, and continues to maintain that Willingham was guilty.

Willingham's case continues to shine a spotlight on the death penalty in Texas, the nation's leader in executions. As the ACLU reports on their blog:

Gov. Perry said that the change was "business as usual." Unfortunately, his words ring all too true. Willingham is not the first likely innocent person executed by the State of Texas. Others include Carlos De Luna and Ruben Cantu. But the state has never acknowledged any of these tragic mistakes.

Business as usual, all right.

One they review the evidence, the Texas Forensic Science Commission will make its own ruling likely in 2010. Willingham's case could be the first time lawmakers officially recognize that an innocent person has been executed in the United States.
(Image: Cameron Todd Willingham and child.)

In effort to end prison rape, questions about a monitor's independence

INSTITUTE INDEX: Is Georgia about to execute an innocent man?