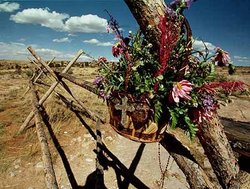 In a landmark vote, the Senate approved legislation Thursday that would expand the federal hate crimes law to include sexual orientation. It now goes to the desk of President Barack Obama, who is expected to sign it into law.The Matthew Shepard and James Byrd, Jr. Hate Crimes Prevention Act broadens the current definition of federal hate crimes -- which already covers attacks motivated by race, color, religion or national origin -- to include those based on sexual orientation, gender, gender identity and disability.
The measure, originally introduced by Sen. Edward M. Kennedy, had stalled several times previously in the Senate. Former President George W. Bush had also vowed to veto the measure if it reached his desk.
Gay rights advocates, civil rights groups and Democrats, who have been pushing for hate-crimes law expansion for a decade, praised the bill's passage, calling it a milestone victory.
"We look forward to President Obama signing it into law: our nation's first major piece of civil rights legislation for lesbian, gay, bisexual and transgender people," said Joe Solmonese, president of the Human Rights Campaign. "Too many in our community have been devastated by hate violence. We now can begin the important steps to erasing hate in our country."
The bill is named for two victims of hate crimes whose deaths brought national attention to the issue. In 1998, 21-year-old Matthew Shepard, a gay University of Wyoming student, became a symbol of violence against gays when he was targeted for being gay and murdered. Shepard was picked up by two young men in a Wyoming bar and driven to a remote part of Laramie. There he was pistol whipped, tortured, tied him to a fence, and left to die. The same year, three white men in Jasper, Texas, murdered James Byrd Jr. Byrd was beaten, stripped, chained by the ankles to a pickup truck and dragged three miles to his death.
As Facing South reported, anti-gay hate crimes in the South have spurred calls for better state and federal laws that include sexual orientation and gender identity. About 31 states, plus the the District of Columbia, include sexual orientation in their hate crimes legislation, and just 11 include gender identity. The the South ranks far behind in legislation: 8 out of 13 Southern states' hate-crime laws are not inclusive of sexual orientation protections, and not one Southern state contains gender identity protections. Three of the four states in the United States have no hate-crime laws whatsoever are in the South: Arkansas, South Carolina and Georgia.
The Matthew Shepard Act would give the federal government jurisdiction over prosecuting hate crimes in states where their is no hate-crimes law, where current law is inadequate or when local authorities are unwilling or do not have the resources to do prosecutions themselves. The bill would also provide financial support for the criminal investigation and prosecution of hate crimes by state, local and tribal law enforcement officials.
(Image: The fence where Matthew Shepard was tied up and left for dead in 1998.)