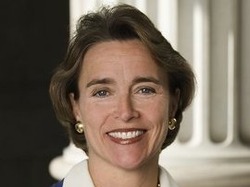 This year, Democrats have defined success largely on their ability to push through some version of health reform. Now, the future of that agenda hinges on two moderate-to-conservative women in red-trending states in the South: Sens. Mary Landrieu (D-LA) and Blanche Lincoln (D-AR).

Both voted on Saturday to allow the latest Democratic health bill to reach the senate floor -- the opening battle in what promises to be a protracted war. What can we expect next from them? A couple key points going forward:

(1) Both Landrieu and Lincoln have painted themselves into a corner. Unfortunately for Democrats and supporters of the public option, both Southern senators are on record with scathing attacks on the very idea of a public option (here's Lincoln in September and Landrieu in October).

Of course, both are also on record in support of a public option. Humorously enough, just as Lincoln was threatening Saturday night that she'd filibuster a bill that included the public option, Think Progress' Wonk Room pointed out that her website still said she favors "a quality, affordable public plan" (her staffers scrubbed the site of the reference after word got out).

But if Landrieu or Lincoln vote "yes" for a bill that includes the public option, it's the statements they made attacking it that Republicans will cue up for their attack ads.

As Nate Silver points out, Lincoln faces the "somewhat unique" position of being the leading Democratic senator facing a major 2010 election threat in a McCain state. For pure political expediency, Silver suggests she quietly vote against the Senate bill and move on to the next issue (although he also notes that'll depress Democratic turnout, making it a no-win situation).

Landrieu faces no such headaches for 2010. Despite facing challenging political demographics in Louisiana, her next election isn't until 2012.

Ironically, the biggest political hit Landrieu's taken over the last week won't hurt her in Louisiana. When it was revealed that the senate health bill included a provision for Medicaid reimbursements that would direct up to $300 million to her state, Republicans dubbed it "the Louisiana Purchase."

But as Landrieu pointed out in a statement, the provision was also a top priority for Louisiana's Republican governor, Bobby Jindal -- and it's highly unlikely Louisiana voters will hold it against Landrieu that she won money for a state that got the short end for years after Katrina struck.

In the end, Landrieu has a lot more room to maneuver than Lincoln does.

My guess? Senate Democrats will tell Lincoln do whatever she feels she needs to do for re-election, but ask her to keep the public attacks on the bill to a minimum.

As for Landrieu, right now Sen. Harry Reid is likely calculating how likely it is he'll need her vote -- and if he does, what's needed (short of inviting another "Louisiana Purchase" controversy) to win her over.

What do YOU think Landrieu and Lincoln will do next? Let us know in the comments.

The Affordable Care Act's most important date: not what you think

WHAT'S NEXT FOR COAL ASH?

IMPACT: Mass of Gulf oil spill poised to strike coast over next 72 hours