Skip to main content
Defend democracy in the South.
Donate Today
By Chris KrommDecember 18, 2009
As the year draws to a close, Facing South is taking a look back at the big stories that shaped the region and the top 10 stories we did at FS that made a big splash. Here's #6: 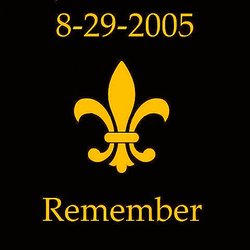 [6] OUR NATION'S PROMISE TO THE GULF COAST

Ok, we've been having a good time with these Top 10 stories of 2009 (what can I say, when you're talking Sarah Palin, ACORN and Rep. Joe "You Lie!" Wilson, the material writes itself).

But on to a more serious tip: Katrina.

Ever since our nation's worst "natural" disaster struck in 2005, New Orleans and the Gulf have had a special place at Facing South. Keeping the area's ongoing struggles post-Katrina on the national radar is still a top priority for us -- even when people wish we would change the subject, and even when talking about it makes us unpopular.

That's what happened on the 4th anniversary of Katrina this past August, when we released our latest report grading the Obama administration's Katrina recovery efforts.

First, a quick step back: When Obama was running for president, he made Katrina and Gulf rebuilding a centerpiece of his campaign, pledging that Gulf rebuilding would be "a priority of my presidency."

So people in the Gulf had high hopes for Obama -- and were understandably upset when signs began to emerge that post-Katrina rebuilding wasn't a priority. The biggest blow likely came when the Congressional district representing New Orleans received the least stimulus dollars of anywhere in the country.

Our report surveyed 50 Gulf leaders, who gave Obama only a "D" average for his recovery efforts -- just a hair better than President Bush.

Some readers got mad that we were attacking Obama. Others felt the grades were unfair since Obama's had so many other things to deal with.

But our report gave Gulf leaders a needed voice in the national debate. When Obama visited New Orleans in October, our study was covered in "The Situation Room" on CNN; Time magazine's blog; CBS News and other major media.

And it had impact: After the report came out, Obama announced new Gulf initiatives, like increasing federal coordination to stem the rapid loss of coastal land -- the best buffer many Louisianans have against future storms.

Popular or not, it was a message that needed to be heard. And until our nation lives up to its promise to rebuild the devastated Gulf Coast, it's a message Facing South will do its best to make sure continues to reach the public.

The Southern State of the Union