Skip to main content
Join the voice for a changing South.
Donate Today
By Chris KrommDecember 18, 2009 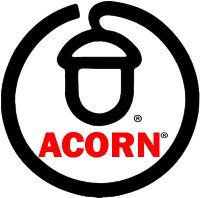 As the year draws to a close, Facing South is taking a look back at the big stories that shaped the region and the top 10 stories we did at FS that made a big splash. Here's #8:

#8 - HOW ABOUT SOME REAL #ACORNFACTS?When a November poll showed that 52% of Republicans nationally believe ACORN* stole the 2008 elections for Obama, progressives had some fun with it.

They immediately hijacked the Twitter feed "#acornfacts" and started brainstorming all the other crazy things conservatives might accuse ACORN of (faking the moon landing and hiding Sadam's WMD's, among other scandals; my personal contribution was "ACORN made Steve Perry feel like he was never part of the band Journey").

It would be funny if it wasn't so tragic: This year both the U.S. Senate and House voted to take away millions of dollars in federal funding for ACORN's housing and Census outreach programs, causing private funders to also pull out and damage the group's work in over 70 low-income communities.

Facing South quickly documented the hypocrisy. Sue Sturgis reported that 23 of the very same U.S. House members who voted to de-fund ACORN had declined to take action against another contractor, Blackwater, after it was implicated in the deaths of Iraqi civilians.

The Senate did it, too. I showed that 25 of the senators who cut off ACORN funds had voted AGAINST a 2006 contracting reform bill to heighten accountability over the use of government funds. I guess what's good for ACORN isn't good for Halliburton.

We also pointed out that the media's coverage of ACORN was hardly fair and balanced. And then there was that small issue of Sen. Vitter and prostitutes.

So you're probably not surprised that Facing South was also the first publication to give a first-hand analysis about a New York district court's injunction against Congress last week, declaring their cut-off of ACORN funding was likely unconstitutional.

ACORN clearly has had some internal organizational issues to address. But readers of Facing South were able to separate reality from hype, spot the hypocrisy -- and understand the true motives behind the attacks.

* For our readers who inhabit caves (we love you!), ACORN = Association of Community Organizations for Reform Now