Skip to main content
Join the voice for a changing South.
Donate Today
By Sue SturgisFebruary 25, 2010 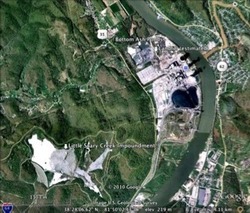 Environmental groups have identified serious water contamination problems caused by coal ash dumps at 31 locations in 14 states, bringing to over 100 the number of U.S. sites where damages from coal ash have been confirmed -- and strengthening the case for the release of delayed federal regulations.

The latest coal ash damage cases are documented in a new report by Earthjustice and the Environmental Integrity Project titled "Out of Control: Mounting Damages From Coal Ash Waste Sites." North Carolina has six, tying with Pennsylvania for the state with the most sites in the report. The other states where new damage cases were found are Delaware, Florida, Illinois, Indiana, Maryland, Michigan, Montana, New Mexico, Nevada, South Carolina, Tennessee and West Virginia, with a majority of them in the South.

At 15 of the 31 sites, arsenic and other toxic contaminants have already moved off the dump-site property at levels harmful to human health -- and 25 of the problem dumps are still actively taking coal ash today. The report notes that the contamination is concentrated in communities with family poverty rates above the national median, raising environmental justice concerns.

"These unregulated sites present a clear and present danger to public health and the environment," said Earthjustice attorney Lisa Evans. "If law and science are to guide our most important environmental decisions, as EPA Administrator Lisa Jackson has promised, we need to regulate these hazards before they get much worse."

The report comes as the White House Office of Management and Budget -- which has been lobbied hard by industry groups as well as members of Congress and state government agencies opposed to regulatory reform -- is sitting on a proposed rule from the Environmental Protection Agency that would take steps to establish federal oversight of coal ash. The rule was supposed to be released for public comment last December, but the latest word from Washington has it coming out in April.

A 2007 EPA report [pdf] acknowledged 67 proven and likely environmental damage cases across the U.S. related to coal combustion waste, and since then the agency has acknowledged four more cases. Those 71, plus the 31 documented in this new report, put the total number of documented coal ash damage cases over 100.

Among the cases detailed in the new report:

* At Tampa Electric's Big Bend Station near Apollo Beach in Florida's Hillsborough County, thallium and manganese leaching from a coal ash dump have been detected off-site at levels exceeding federal drinking water standards, while arsenic in on-site groundwater was found at levels 11 times above standards. Thallium has been linked to male reproductive system damage in animals, while manganese is known to cause nerve problems in humans and reproductive issues in animals.

* Arsenic in groundwater beneath Progress Energy's Sutton Steam Plant on the Cape Fear River near Wilmington, N.C. has been detected at levels as high as 29 times the federal drinking water standard, and monitoring indicates the contamination is migrating off-site. Arsenic is a known cause of cancer of the skin, liver, bladder and lungs, and has been linked to male erectile dysfunction.

* At SCE&G's Wateree Station in Eastover, S.C., arsenic was measured in groundwater at 18 times the federal drinking water standard, and recent data shows the contamination has migrated to adjacent property and is accumulating in catfish in the nearby Wateree River.

* Selenium discharges from ash impoundments at American Electric Power's John Amos Plant along the Kanawha River in Winfield, W.Va. (map above right) have exceeded the facility's permit limits, and fish taken from nearby Little Scary Creek have registered selenium levels above what the state considers safe for human consumption. Exposure to excessive levels of selenium in the short term can cause nausea, vomiting and diarrhea, and over time can result in neurological effects.

'Beneficial use' of coal ash also a problem 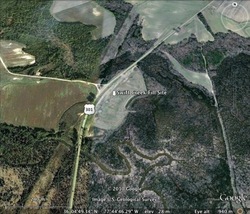 Those four examples all involve coal ash impoundments -- the massive waste ponds like the one that failed catastrophically at the Tennessee Valley Authority's Kingston plant in December 2008. But the environmental contamination threat isn't from wet coal ash impoundments only, the report found:


No fewer than 11 of the contaminated sites documented in this report involve so-called "dry landfills," and two involve "structural fills" that were advertised as "beneficial reuse" of coal ash.

For example, at the Tran-Ash Landfill in Benton County, Tenn., which takes dry coal ash from TVA's Johnsonville Fossil Plant, mercury levels in nearby residents' private wells exceeded federal drinking water standards by more than six-fold. The contamination problem was so severe that EPA even took emergency action to connect the well of one affected resident to a municipal water supply.

"While the catastrophic spill at TVA's Kingston plant has become the poster child for the damage that coal ash can wreak, there are hundreds of leaking sites throughout the United States where the damage is deadly, but far less conspicuous," said Jeff Stant, director of EIP's Coal Combustion Waste Initiative.

Meanwhile, it's likely that the extent of the environmental damage caused by coal ash is still being underestimated, since most coal ash dumps lack monitoring systems to track off-site contamination, and since EPA has never actively investigated the sites for problems.

Environmental advocates are urging the White House to take action to prevent further harm -- especially since evolving requirements for reducing air pollution from coal-fired power plants creates ever greater volumes of ash for disposal, increasing the risk to the environment and human health.

"The pollution present in this waste is among the earth's most harmful to aquatic life and humans -- arsenic, lead, selenium, cadmium and other heavy metals, which cause cancer and crippling neurological damage," said Donna Marie Lisenby, Upper Watauga Riverkeeper with North Carolina's Appalachian Voices. "If these poisons can be kept out of the fish we eat, the water we drink, bathe in, and need to survive, simply through regulation, than we must take that long overdue step, not only for the sake of our public waters but for humanity's sake as well."

(Maps from "Out of Control: Mounting Damages From Coal Ash Waste Sites.")

Toxic coal ash dumping on the rise in the South