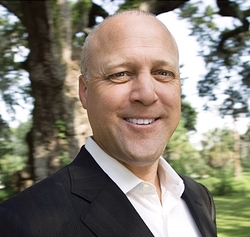 With the Saints en route to a dazzling Super Bowl victory and Mardi Gras celebrations ramping up towards Fat Tuesday, in New Orleans it was almost an afterthought that they were electing a mayor this weekend.

But in many ways, Lt. Governor Mitch Landrieu's landslide victory in the mayoral race was just as eye-opening as a Terry Porter interception or a shiny Shangri-La krewe float.

Landrieu was heavily favored in the 11-strong field of mayoral hopefuls. But the final votes were even more lopsided than expected: When the dust settled, Landrieu garnered 66% of the city vote, easily enough to bypass a run-off and assume leadership of the city.

Here are some numbers and history to give you a sense of just how big Landrieu's landslide victory was:

* Out of 366 precincts in Orleans Parish, Landrieu got 50% or more of the vote in all but 10 of them, or 97% of all precincts. Landrieu was the leader, winning the plurality of votes, in all precincts but one (09-45A, in far-east Lake Catherine).

* Landrieu also won 64% of early voters, about two-thirds of which were African American voters.

* Landrieu's dominance is especially notable given that primaries for New Orleans mayoral races are usually at least somewhat competitive: Only three primary races have avoided run-offs in the last 24 years:

Landrieu clearly had a lot going for him: Name recognition, lineage in one of Louisiana's most powerful political families, support from the state Democratic machine and a healthy campaign war chest.

But Landrieu had many of those same advantages in 2006, when he pushed Ray Nagin to a run-off but ultimately lost 52-48.

In the 2006 election, Nagin was propelled to victory largely thanks to massive turnout from African-American voters, who drove hundreds of miles from places like Atlanta, Houston and Memphis to ensure their voice was heard and the city's black political heritage was protected.

For various reasons, many African-American voters pulled the lever for Landrieu this time. But there are understandably mixed feelings about the first white mayor taking office since 1978, when Landrieu's father Moon Landrieu left office.

Beneath the excitement of the Super Bowl and Mardi Gras, one statistic from Saturday's election reveals the ongoing struggles the people of New Orleans face: In 2006, there were 442 voting precincts in New Orleans.

This year, there were only 366 precincts -- a reflection of the fact that since Katrina, at least 20% of the population has never made it home.

In wake of Glover verdicts, what's next for New Orleans' troubled police force?

Will the New Orleans mayoral race turn into an all-white showdown?