Skip to main content
Join the voice for a changing South.
Donate Today
By Chris KrommMarch 17, 2010 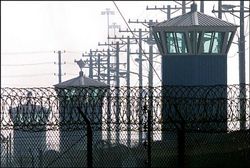 Locking people up in jails and prisons is expensive. State officials know this all too well: In a country that puts more people behind bars than any other -- the U.S. has less than 5% of the world's population, but 25% of its prisoners -- over 91% of the incarcerated are under state or local supervision.

The lock-'em-up approach to criminal justice that took off in the 1980s and '90s may have helped a few political careers, but it has crushed state budgets: By 2008, states were spending over $50 billion a year on incarceration.

But as Facing South has been reporting (see here and here), the Great Recession helped change that, pushing states to explore less expensive (and often more effective) options like alternative sentences for non-violent offenders and streamlining probation and parole.

Today, the Pew Center has released a report showing the shift in approach is bearing fruit: For the first time in 38 years, state prison populations are in decline.

In January 2010 there were 5,700 fewer inmates in state prisons than last year, marking "the first year-to-year drop in the nation's state prison population since 1972." And some of the biggest declines have been in states known for hard-line criminal justice systems.

Take the case of Mississippi. In 1995, the get-tough-on-crime Magnolia state enacted a "truth in sentencing" law which required inmates to serve at least 85% of their time before being considered for parole. But two years ago, Mississippi changed course:

Responding to budget constraints and a surge in its prison population -- from about 12,000 inmates in 1995 to more than 22,000 in 2008 -- lawmakers revisited truth in sentencing. They changed the law so nonviolent offenders would be eligible for parole after serving a quarter, not 85 percent, of their sentences. Over the course of the next year, more than 3,000 inmates were released an average of 13 months earlier than they otherwise would have been.

The end result: Mississippi has shed 5.4% of its prison population, one of the sharpest drops in the country.

But not all states are laying down the prison keys. While Pew finds 27 states lowered their prison population -- including five in the South, among them Kentucky, South Carolina and even Texas (!) -- 23 went the other direction and increased their number of prison inmates. Here are the states going against the trend:

STATES WITH INCREASES IN PRISON POPULATION

But overall, states are cutting down on incarceration, and Pew makes a point of saying it's not just about cash: Crime is down, prisons are over-crowded and states are re-thinking their approaches to corrections; they're not "simply shedding inmates in a rush to save money."

That's likely true, although money still seems to be the biggest driver. For example, it's notable that the eight states which saw inmates increase by 3% or more all have state budget deficits below the national average. They're still struggling and, as of the end of last month, they all had budgets in the red.

But these states all apparently believe they still have enough cash to burn to spend the roughly $79 a day it costs to keep another inmate behind bars.

INSTITUTE INDEX: What do the numbers say about prisons in the South?