Skip to main content
Join the voice for a changing South.
Donate Today
By Guest BloggerApril 5, 2010 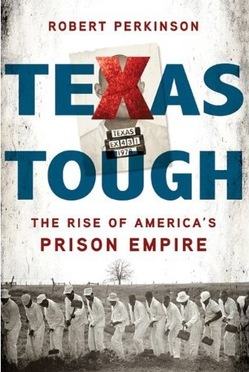 Your new book, Texas Tough: The Rise of a Prison Empire, paints a pretty dismal and disturbing picture of the history of incarceration in the state.

There's not much happiness in the history of imprisonment -- an inmate who had done forty-three years once wrote to me, "prison is always bad, sometimes worse" -- but there is even less in Texas.

Most distressing is that Texas prisons have not overcome their history. The record is full of atrocities and miscarriages of justice: emancipated slaves convicted of petty offenses and sold off to the highest bidder; unpaid convict laborers worked to death in coal mines and sugar plantations; community lynchings and assembly-line executions; countless sexual exploitation scandals. Some of the most egregious abuses have faded with the passage of time, thanks to successive reform movements, but by many measures Texas is dispensing harsher justice today than it ever was. Twenty-first century inmates are less likely to get beaten up by guards or worked to exhaustion, but they're more likely to spend their natural lives in prison, often in supermax storage facilities that wall them off from all human contact. In the prison business, chronology doesn't necessarily beget progress.

In the American popular imagination, Texas is a place of myth.  Even people outside the state, who may never have set foot on Texas soil, have well-formed and detailed notions -- however inaccurate -- of what the state is, or at least what it represents.  What role has the mythology of Texas played in the evolution of its penal system?

Texas is a Southern state masquerading as a Western state. Its myth stems from the violence of the frontier, and to a certain extent, the legacy of conquest has shaped the culture of law enforcement, particularly in the case of the revered (or feared) Texas Rangers. But the state's prisons have grown out of alternate historical seedbeds that many Texans would just as soon forget: slavery and white supremacy.

Until the 1980s, all of the state's penal facilities were located in East Texas, the former slavery belt. Even now, gangs of unpaid convict laborers -- disproportionally made up of African Americans -- trudge out to the fields under the command of mounted overseers called "bosses." Cotton and cane plantations like Ramsey, Wynne, and Eastham have operated continuously since the 1820s, but have never pulled in a crop with free labor. To a remarkable extent, Texas prisons have preserved the lifeways of slavery in carceral amber.

Through much of the nineteenth and twentieth centuries, Texas's implacable style of punishment predicated on hard labor, corporal punishment, and racial debasement made the state a backwater in the eyes of progressive penologists. But as the country's conservative counterrevolution gained strength in the post-civil rights period, Texas's singular severity garnered outspoken admirers; the state's prison system became not a blot on civilization but a model to emulate.

The punitive ethos that I'm calling "Texas tough" gets cast as no-nonsense justice passed down from hardscrabble pioneers, but in reality it represents the resurgence of Southern conservatism in American politics, the final revenge of the Confederacy on the Union.

Why is the American South so punitive?

It's an under-appreciated fact that America's exceptional prison boom ignited and reached greatest explosive force in the South. The region accounts for roughly a third of the U.S. population but houses almost half of state prisoners; Southern states are responsible for 83 percent of all executions in the United States since 1976.

There are a variety of factors implicated in Southern punitiveness: violent crime rates are higher, in both rural and urban areas; social welfare spending, which can help prevent crime, is more anemic; educational attainment lags; partisan politics remains rigidly polarized by race. All of this stems, I argue, from the history of slavery -- the engine of economic growth and social formation in the South for more than a century before the Civil War -- and Jim Crow, which governed the region for a century thereafter. Slavery and segregation fostered a political culture based on localism, anti-governmentalism, interpersonal retaliation, and suspicion of all things progressive, from science to rehabilitative penology. That political inheritance continues to have resonance, two generations after the victories of the civil rights movement; we see echoes of Dixiecratic demagoguery in the Tea Party movement, for instance. As Alexis de Tocqueville once remarked, "Although the law may abolish slavery, God alone can obliterate the traces of its existence."

In Texas, the pronounced strain of racial violence that runs through the state's history -- not just against African Americans but Indians and Native Americans -- adds punitive punch. Rather recently, by historical standards, the state played host to vicious and protracted warfare against the Comanche and other indigenous peoples; massacres and ethnic cleansing of Mexicans continued into the twentieth century. This volatile and divisive history gives the state's political culture, and its criminal justice institutions, a razored edge.

Your book posits that race should be a more explicit and central part of the contemporary discussion around crime and incarceration.  How does a heightened awareness of race change the dynamics -- and potential outcomes -- of the conversation?

Everyone recognizes that race is an important variable in criminal justice. The statistics are too stark to ignore. Black men in America are more likely to go to prison than earn a bachelor's degree or serve in the armed forces. A recent study found that 1 in 4 African American children have a father in prison. Curiously, though, relatively few social scientists have made race a central category of analysis; it's treated as an externality, not an engine.

Because it's difficult for us to think clearly about our own moment in time (we're overwhelmed by complexity and can't always discern meaningful patterns), I decided to step back and examine the role of race and racism in criminal justice over the longue durée, from the first epoch of American unfreedom, slavery, to our own, mass incarceration.

I found that race has always been a driving force in public policy debates, usually a malign one, from the birth of the republic forward. In particular, I argue that the watershed developments surrounding the Civil War can help us understand the punitive turn since the 1960s. In the nineteenth century, white conservatives lost on slavery, but by means both legal and nefarious were able to forge a new, similarly stratified social order based on de jure discrimination, command labor relations, and convict leasing. In the twentieth century, white conservatives lost on integration but retreated to criminal justice, substituting, in effect, segregated drinking fountains for merciless sentencing statutes. Chased out of the free world, Jim Crow moved behind bars.

Is Texas a bellwether?  If so, what trends are -- or should be -- ripe for export?

In the postwar period, California stood for the future, but Texas is the paradigmatic state of conservative counterrevolution. In criminal justice, the Lone Star State has led the way in prison privatization, mandatory sentencing, supermax confinement, and, of course, lethal injections. The result is a $3 billion behemoth, the Texas Department of Criminal Justice, that governs the lives of 705,000 prisoners, parolees, and probationers -- equivalent to the population of Austin.

Very little of this merits export. On the other hand, some Texas lawmakers are starting to sober up from their prison binge. Over the initial objections of Governor Rick Perry, the legislature passed significant probation reforms in 2007 that are already starting to temper the pace of prison growth. Downsizing is what we need, but this is a step in the right direction.

Texas Tough is a work of history.  But it also, I imagine, makes a case for why the past matters for the present and the future.

Looking at crime and punishment in a wide historical frame reveals just how exceptional this moment is. For most of the twentieth century (for as long as we have accurate records), the United States incarcerated about 1 out of every 100,000 people, but the rate has quintupled since the 1970s. Now the United States locks up about 1 of every 100 adults, for a total of 2.4 million. No other democracy has ever done anything like this.

One of the points I want to make clear in the book is that the rise of the U.S. prison state constitutes a momentous pivot in American history, comparable in scale (though with inverted effects) to the Progressive Era or the New Deal. To me, this means that a powerful, wide-ranging social movement will be necessary to change course. Criminal justice should be the civil rights arena of the twenty-first century.

As a student in the 1980s and 1990s, you led student delegations to El Salvador, Cuba, and Angola; established a free HIV-testing program at the University of Colorado; organized for graduate student unionization at Yale; and co-founded a criminal justice reform coalition in Connecticut.  How has your student activism informed your work as a historian?

Enormously. In the book I examine a series of grassroots movements that tried, generally without success, to dislodge Texas's penal system from its slaving foundation: opponents of convict leasing in the late nineteenth century, feminist humanitarians in the 1920s who proposed replacing the state's prison plantations with a centralized criminal treatment facility, and prisoners' rights radicals who challenged their keepers in federal court. Had I not been involved in so much community organizing myself, I think I would have had greater difficulty understanding my research subjects, their tactical choices, and the formidable challenges they faced.

You're now a professor at the University of Hawaii.  Do your students seem worried that this country incarcerates so many people for such long periods of time?

Not as much as I'd like, but I'm working on it.

Speaking of Hawaii -- another place heavily mythologized in the American imagination -- what has your work on Texas Tough taught you about crime, punishment and incarceration in your home state?

Hawai'i is in one sense the anti-Texas. It's a liberal, pro-union, multicultural state with discretionary sentencing and a tiny (by U.S. standards) prison population. But there's an underside, and, as in Texas, it's hard to appreciate without taking a historical view.

In Hawai'i, criminal justice policies have grown out of colonial rather than slaveholding roots. Native Hawaiians were divested of their lands, their government was illegally overthrown, and their islands forcibly annexed by the United States. Today, more than a century later, indigenous Hawaiians and other Pacific Islanders cluster around the bottom of the socioeconomic hierarchy, not unlike Native Americans on the continent. They also go to prison in hugely disproportionate numbers (though Hawaiians make up only about 20 percent of the state's population, they fill roughly 40 percent of its prison beds). To save money, Hawai'i has also, in effect, resurrected the old British Transportation system: Rather than housing prisoners at home, corrections authorities ship them off to for-profit, low-wage facilities in Kentucky and Arizona. The effect, in a sense, is to depopulate the islands of its troublesome indigenous inhabitants and to shatter their family ties.

Overall, I would say that Texas's experience has taught me to think about Hawai'i's criminal justice system in historical context. More practically, I also try to use Texas's example to warn lawmakers off tough-on-crime political grandstanding. The Texas way might fend off attack ads but it leads inexorably to bloated big government, heavy collateral damage, and scant benefits in terms of public safety. My hope is that the recession will encourage politicians to get smart on crime rather than tough on crime.

A prolonged stay: The reason behind the slow pace of executions