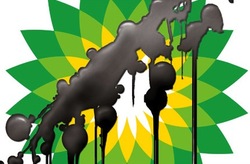 The catastrophic Exxon Valdez oil spill of 1989 gave rise to the modern corporate social responsibility movement; the current spill in the Gulf of Mexico marks its collapse.

The past two decades have been an experiment in corporate behavior modification. An array of well-intentioned organizations such as CERES promoted the idea that large companies could be made to do the right thing by getting them to sign voluntary codes of conduct and adopt other seemingly enlightened policies on environmental and social issues.

At first there was resistance, but big business soon realized the advantages of projecting an ethical image: So much so that corporate social responsibility (known widely as CSR) is now used as a selling point by many firms. Chevron, for example, has an ad campaign with the tagline "Will You Join Us" that is apparently meant to convey the idea that the oil giant is in the vanguard of efforts to save the earth.

What also made CSR appealing to corporations was the recognition that it could serve as a buffer against aggressive regulation. While CSR proponents in the non-profit sector were usually not pursuing a deregulatory agenda, the image of companies' agreeing to act virtuously conveyed the message that strong government intervention was unnecessary. CSR thus dovetails with the efforts of corporations and their allies to undermine formal oversight of business activities. This is what General Electric was up to when it ran its Ecoimagination ads while lobbying to weaken air pollution rules governing the locomotives it makes.

Recent events put into question the meaning of a commitment to CSR. The company at the center of the Gulf oil disaster, BP, has long promoted itself as being socially responsible. A decade ago it adopted a sunburst logo, acknowledged that global warming was a problem and claimed to be going "beyond petroleum" by investing (modestly) in renewable energy sources. What did all that social responsibility mean if the company could still, as the emerging evidence suggests, cut corners on safety in one of its riskiest activities -- deepwater drilling? And how responsible is it for BP to join with rig owner Transocean and contractor Halliburton in pointing fingers at one another in an apparent attempt to diffuse liability?

BP is hardly unique in violating its self-professed "high standards." This year has also seen the moral implosion of Toyota, another darling of the CSR world. It was only months after the Prius producer was chosen for Ethisphere's list of "the world's most ethical companies" that it came to light that Toyota had failed to notify regulators or the public about its defective gas pedals.

Goldman Sachs, widely despised these days for unscrupulous behavior during the financial meltdown, was a CSR pioneer in the investment banking world. In 2005 it was the first Wall Street firm to adopt a comprehensive environmental policy (after being pressured by groups such as Rainforest Action Network), and it established a think tank called the Center for Environmental Markets.

Even Massey Energy, which has remained defiant in the face of charges that a preoccupation with profit over safety led to the deaths of 29 coal miners in a recent explosion, publishes an annual CSR report.

When the members of a corporate rogues' gallery such as this all profess to be practitioners of CSR, the concept loses much of its legitimacy. The best that can be said is that these companies may behave well in some respects while screwing up royally in others -- the way that Wal-Mart is supposedly in the forefront of environmental reform while retaining its Neanderthal labor relations policies. Selective ethics, however, should be no more tolerable for corporations than it is for people.

Heaven forbid that we violate the free speech rights of CSR hypocrites, but there should be some mechanism -- perhaps truth-in-image-advertising laws -- to curb the ability of corporations to go on deceiving the public.

Time for a new debate about business success