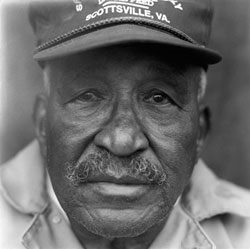 Right now, if you do a web search of the words "racism" and "USDA," the majority of links will steer you to coverage of this week's Shirley Sherrod affair, in which the African-American U.S. Agriculture Department staffer based in Georgia resigned after a conservative website reversed the meaning of a speech she gave last year to imply she would deny farm loans to whites.

It's an astonishing development given the history of race relations at the USDA, an agency whose own Commission on Small Farms admitted in 1998 that "the history of discrimination at the U.S. Department of Agriculture ... is well-documented" -- not against white farmers, but African-American, Native American and other minorities who were pushed off their land by decades of racially-biased laws and practices.

It's also a black eye for President Obama and Secretary of Agriculture Tom Vilsack, who signaled a desire to atone for the USDA's checkered past, including pushing for funding of a historic $1.15 billion settlement that would help thousands of African-American farmers but now faces bitter resistance from Senate Republicans.

FORCED OFF THE LAND

Any discussion about race and the USDA has to start with the crisis of black land loss. Although the U.S. government never followed through on its promise to freed slaves of "40 acres and a mule," African-Americans were able to establish a foothold in Southern agriculture. Black land ownership peaked in 1910, when 218,000 African-American farmers had an ownership stake in 15 million acres of land.

By 1992, those numbers had dwindled to 2.3 million acres held by 18,000 black farmers. And that wasn't just because farming was declining as a way of life: Blacks were being pushed off the land in vastly disproportionate numbers. In 1920, one of out seven U.S. farms were black-run; by 1992, African-Americans operated one out of 100 farms.

The USDA isn't to blame for all of that decline, but the agency created by President Lincoln in 1862 as the "people's department" did little to stem the tide  -- and in many cases, made the situation worse.

After decades of criticism and an upsurge in activism by African-American farmers, the USDA hosted a series of "listening sessions" in the 1990s, which added to a growing body of evidence of systematic discrimination:


Black farmers tell stories of USDA officials -- especially local loan authorities in all-white county committees in the South -- spitting on them, throwing their loan applications in the trash and illegally denying them loans. This happened for decades, through at least the 1990s. When the USDA's local offices did approve loans to Black farmers, they were often supervised (farmers couldn't spend the borrowed money without receiving item-by-item authorization from the USDA) or late (and in farming, timing is everything). Meanwhile, white farmers were receiving unsupervised, on-time loans. Many say egregious discrimination by local loan officials persists today.

Among those concluding that such racial bias persisted were the USDA's own researchers: In the mid-1990s, they released a report [pdf] which, analyzing data from 1990 to 1995, found "minorities received less than their fair share of USDA money for crop payments, disaster payments, and loans."

Adding insult to injury, when African-American and other minority farmers filed complaints, the USDA did little to address them. In 1983, President Reagan pushed through budget cuts that eliminated the USDA Office of Civil Rights -- and officials admitted they "simply threw discrimination complaints in the trash without ever responding to or investigating them" until 1996, when the office re-opened. Even when there were findings of discrimination, they often went unpaid -- and those that did often came too late, since the farm had already been foreclosed.

It was against this backdrop that in 1997, a group of black farmers led by Tim Pigford of North Carolina filed a class action lawsuit against the USDA. In all 22,000 farmers were granted access to the lawsuit, and in 1999 the government admitted wrongdoing and agreed to a $2.3 billion settlement -- the largest civil rights settlement in history.

But African-American farmers had misgivings with the Pigford settlement. For one, only farmers discriminated against between 1981 and 1996 could join the lawsuit. Second, the settlement forced farmers to take one of two options: Track A, to receive an immediate $50,000 cash payout, or Track B, the promise of a larger amount if more extensive documentation was provided -- a challenge given that many farmers didn't keep records.

Many farmers who joined the lawsuit were also denied payment: By one estimate, nine out of 10 farmers who sought restitution under Pigford were denied. The Bush Department of Justice spent 56,000 office hours and $12 million contesting farmers' claims; many farmers feel their cases were dismissed on technicalities.

THE POLITICS BEHIND THE SHERROD AFFAIR

Shortly after coming into office, President Obama and his chief at the Department of Agriculture, Iowa's Tom Vilsack, signaled a change in direction at USDA. Vilsack declared "A New Civil Rights Era at USDA," and stepped-up handling of civil rights claims in the agency.

This year, Vilsack and the USDA also responded to concerns over handling of the Pigford case, agreeing to a historic second settlement -- known as Pigford II -- in April that would deliver another $1.25 billion to farmers who were excluded from the first case. As Vilsack declared:

We have worked hard to address USDA's checkered past so we can get to the business of helping farmers succeed. The agreement reached today is an important milestone in putting these discriminatory claims behind us for good.

But the Pigford II case was very much still alive when right-wing media outlets went after Shirley Sherrod this week. Sherrod herself had received $150,000 from the USDA last year as part of the original Pigford lawsuit, which has been bitterly opposed by Republicans and conservative media.

The settlement is also now a major political battle in Congress: President Obama had put aside $1.15 billion in May to cover Pigford II cases, which the House later approved. But Republicans stripped the money out of their bills, leaving the supplemental spending now being debated in the Senate as the final option to appropriate the funding.

Given the stakes of the Pigford II decision -- which again affirms the present-day consequences of decades of racial discrimination -- and the sharp partisan battle over spending in Congress, black farmer advocates don't think the attacks on Sherrod this week are a coincidence.

And given the history of racial discrimination at USDA, they can't help but note the hypocrisy. As Gary Grant, president of the 20,000-strong Black Farmers & Agriculturalists Association, said in a statement [pdf]:

The statement from Tom Vilsack, Secretary of Agriculture, that USDA does not "tolerate" racial discrimination is a complete lie. Talk to almost any family member of a black farmer or check out ... the government's documentation of how USDA employees, on the local and federal level discriminated against black farmers, in particular. And nothing was ever done to penalize the all white officials bent on destroying a society of black farmers across the nation: not one firing, not one charge brought, and not one pension lost. Yet at the first erroneous offering by a conservative blogger that a black woman from USDA might have discriminated, she is immediately forced to resign.

Which begs the question: Where was the Republican and conservative concern over USDA "racism" before this week's swiftboating of Shirley Sherrod?

Should Congress name a Southern post office after a segregationist, vote-suppressing senator?