It has now been two months since former DeKalb County District Attorney Gwen Keyes Fleming made history when the Obama administration named her to become the first African American and female to head EPA Region 4, which includes eight southern states -- Alabama, Florida, Georgia, Kentucky, Mississippi, North Carolina, South Carolina and Tennessee -- and six Tribal Nations. A dozen environmental justice leaders from poisoned communities are set to meet with her on Wednesday, Nov. 10 from 1 p.m. to 2:30 p.m. at Region 4 headquarters in Atlanta. Given the dire circumstances impacted communities find themselves in, environmental justice leaders are calling upon the new region administrator to reverse the deadly impact of environmental racism and establish transparency, accountability, justice, and trust as hallmarks of her administration.

This meeting allows residents from environmental "sacrifice zones" to give first-hand accounts of their concerns, their evaluation, and their assessment of actions EPA Region 4 has or has not taken since their meeting this past October with acting Region 4 administrator A. Stan Meiburg. The region's "look-the-other-way" approach has perpetuated unequal protection and unequal enforcement. This flawed protection model has also allowed polluters to walk away in many cases unpunished. Residents are demanding a stricter polluter pays principle be enacted and communicated where potentially responsible parties (PRPs) causing harm are held accountable.

Community leaders who live on the fenceline with polluting industries have compelling stories to share and will be calling for the EPA to end policies that allow low-income and people of color communities to become the "dumping grounds" for toxic waste. For example, residents from Valdosta, Ga. are coming to Atlanta seeking help from EPA in their effort to block a 40-megawatt biomass incinerator slated for construction next year in their mostly black community, which is already overburdened and environmentally impacted by incinerators and heavy truck traffic.

The Georgia Environmental Protection Division (EPD) held public hearings last May where residents asked it to consider "cumulative health impacts" in the permitting facilities rather than its traditional "smokestack by smokestack" evaluation. The biomass incinerator is being marketed as a "clean energy" project. However, many Valdosta and Lowndes County residents disagree, views held by a growing number of anti-biomass and incineration and forest protection campaigns.

Leaders from Burke County, Ga. are concerned that county's mostly African-American Shell Bluff community is being targeted for risky nuclear power plants. The first nuclear power plants to be built in decades are being proposed in Region 4 with an $8.3 billion federal loan guarantee. The loan guarantee will help the Atlanta-based Southern Company build two more nuclear reactors in the Shell Bluff community. The county is 51.1 percent black. The two new reactors would each produce 1,000 megawatts, and would work with two existing reactors at a site near Waynesboro, Ga. (62.5% black).

The nuclear power plant is being promoted as providing jobs for local residents. However, numerous studies show that few low-income and people of color residents actually get jobs at these plants. Black communities get more promises than jobs -- and they get pollution and they get sick. In 2005, Blue Ridge Environmental Defense League (BREDL) commissioned an investigation of mortality statistics which compared cancer deaths before and after Plant Vogtle went on line. The study found that the death rate from all cancers in Burke County rose 24.2 percent, while the death rate fell 1.4 percent for all of Georgia. The statistics for infant deaths are of particular concern because they are even higher. While the cause of these increases is uncertain, the report did not rule out the pernicious impacts of radioactive air pollution. On Aug. 10, 2010, the BREDL petitioned EPA under Section 505 of the Clean Air Act. They now await a response from EPA as to the status of this petition.

Homeowners in Tellevast, Fla., a small and historic African-American community located just north of Sarasota, are battling threats from trichloroethylene or TCE ("reasonably anticipated to be a human carcinogen") contamination left by the American Beryllium Company, a manufacturing plant that made machine parts for nuclear weapons. The company was later bought by the giant defense contractor Lockheed Martin, one of the largest defense contractors in the United States with over 140,000 employees worldwide.

African-American residents in Columbus, Miss. have been fighting for years to get the creosote contamination from the Kerr-McGee Chemical Site cleaned up. Just last month, the EPA announced that is moving forward with the process of proposing the 90-acre Kerr-McGee site for the National Priorities List (NPL) of hazardous waste sites. Residents have expressed skepticism about plans for cleaning up the pollution, which includes contamination of the property of a black church, Maranatha Faith Center. The church is involved in ongoing litigation against Kerr-McGee.

Residents in Uniontown, Ala. were unsuccessful in blocking the Tennessee Valley Authority (TVA) plan to ship 3.5 million cubic yards of toxic coal ash sludge from the mostly white Roane County in east Tennessee to the Arrowhead Landfill located in the heart of the Alabama's "Black Belt" in Perry County (69 percent African-American with more than 32 percent of its residents living in poverty). EPA approved the plan and Uniontown residents want to know why their community, which is 300 miles from the east Tennessee coal ash spill, was chosen to dump the waste. Many state agencies (like those in Alabama, Mississippi, and Tennessee) require no monitoring of waters near toxic coal ash sites. Nearly 70 percent of the toxic coal ash generated nationwide is dumped in states that don't require monitoring to see if toxic contamination is leaking from coal ash sites.

Representatives from the NAACP, the oldest civil rights organization in the U.S., will join residents from Campbellton, Fla. (Jackson County), a community where BP oil spill waste is being dumped. The April 20, 2010 BP Deepwater Horizon oil disaster killed 11 workers and leaked more than 200 million gallons of crude into the Gulf of Mexico over 87 days -- making it the worst offshore oil disaster in U.S. history. Six of the nine EPA-approved landfills are located in areas where the percentage of people of color is greater than in the corresponding county -- amounting to more than 80 percent of the total BP oil waste disposed.

As of Aug. 29, 2010, more than 55,319 tons of BP oil spill solid waste had been disposed in nine Subtitle D landfills in Alabama, Florida, Louisiana, and Mississippi. Of this total, more than 20,760 tons of BP wastes (38 percent) were dumped at the Spring Hill Regional Landfill in Campbellton. More than 76 percent of the residents who live within a one-mile radius of the Spring Hill Landfill are people of color. People of color make up 29.8 percent of Jackson County.

Many of the EJ leaders' recommendations to EPA Region 4 administrator are aligned with the Lawyers' Committee for Civil Rights Under Law 2010 report, "Now is the Time: Environmental Injustice in the U.S. and Recommendations for Eliminating Disparities," presented to the Obama administration and its various agencies including the EPA and the Department of Justice. The report outlines recommendations on how the administration can effectively utilize existing law to eliminate disparities in environmental protection and fulfill their responsibilities under Executive Order 12898, "Federal Actions To Address Environmental Justice In Minority Populations and Low-Income Populations," signed by President Bill Clinton more than 16 years ago. Environmental justice activists are calling on the new Region 4 administrator to take the lead in implementing the Executive Order in all of its programs 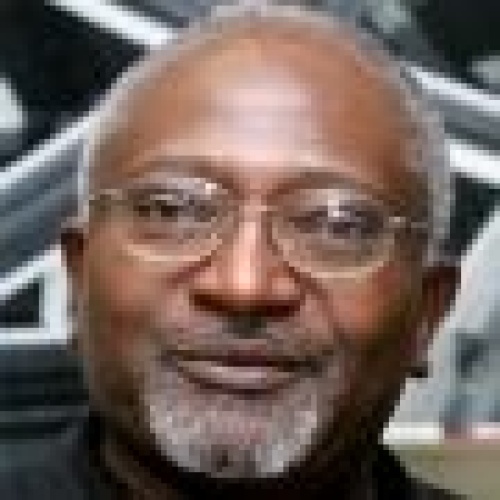 VOICES: How much more environmental injustice must Uniontown, Alabama, bear?