Skip to main content
Join the voice for a changing South.
Donate Today
By Joe AtkinsNovember 8, 2010 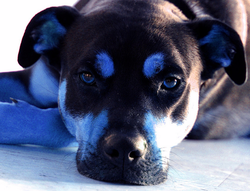 What's the future of the "Blue Dog" Democrat? It's a legitimate question to ask in the wake of last Tuesday's election.

Here in Mississippi, two "Blue Dog" Democrats -- 1st District Congressman Travis Childers and 4th District Congressman Gene Taylor -- lost their re-election bids to Republicans. They lost despite major efforts to distance themselves from the president and from outgoing U.S. House Speaker Nancy Pelosi, D-Calif., and by voting against such Democrat-led initiatives as health care reform.

Stalwart fiscal conservatives both of them, they lost because they're Democrats and they represent majority white districts in the South. Roughly half of the U.S. House's 54-member Blue Dog Coalition lost their seats in the Nov. 2 election.

A bit of history helps put Tuesday's results in perspective.

The white South has been trending Republican ever since former Democrat Strom Thurmond of South Carolina campaigned for Republican presidential candidate Barry Goldwater in 1964. Thurmond had first broken from the Democratic Party way back in 1948 when he led the so-called Dixiecrat revolt out of the party and served as the States' Rights presidential candidate that year. Thurmond and other conservatives in the once Solid (Democratic) South just couldn't tolerate their party's tolerance of civil rights and labor any longer.

Thurmond was a pioneer to Southern Democrats-turned-Republicans -- from North Carolina's Jesse Helms to Alabama's Richard Shelby.

Southern Democrats had been a key -- if often unlikely -- part of the coalition that put and kept Franklin Delano Roosevelt in the White House. They included raging liberals like Claude Pepper of Florida and ol' mossback (social) conservatives like Theodore Bilbo of Mississippi. Of course, some unreconstructed Confederates like Harry Byrd of Virginia and "Cotton" Ed Smith of South Carolina eventually became FDR enemies.

After Roosevelt died, the coalition fell apart, and many Southern Democrats joined with a new Republican majority in Congress in supporting the Taft-Hartley Act of 1947, a repudiation of everything FDR stood for as regards labor and working people.

The Dixiecrat revolt did not lead to a viable third party for conservative Southern Democrats after 1948, but their disgruntlement grew as the civil rights movement gained steam in the 1950s and early 1960s. By 1964, Strom Thurmond was campaigning throughout the South for Republican presidential candidate Barry Goldwater.

However, even as more and more elephants appeared in the cotton fields (to paraphrase writer Wayne Greenhaw's description), many Southern conservatives chose to stay within the party that their daddies, mamas, granddaddies and grandmamas had belonged to since Abe Lincoln held office. Especially at the local level, Democrats remained strong in the South. For one reason, they knew government and how to make it work for the voters they needed, something still alien to anti-government Republicans.

The immediate predecessor to the "Blue Dog" Democrat in Congress was the "Boll Weevil" Democrat of the 1970s and 1980s, best personified by U.S. Rep. G.V. "Sonny" Montgomery of Mississippi, a military veteran who once during the Vietnam War angrily charged an anti-war protester on the steps of the Capitol.

Montgomery had a long, successful career in politics before retiring, and before the Congress became so intensely partisan that Southern conservatives either had to become an elephant or a dinosaur.

That appears to be the choice that Childers, Taylor and a lot of other Blue Dogs faced. Partisanship, guilt by association, Tea Party madness, voter anger and frustration at an economy that still rewards the rich while punishing everybody else -- it's enough to make a blue dog howl the blues.

VOICES: Did Sunday's immigration march do any good?