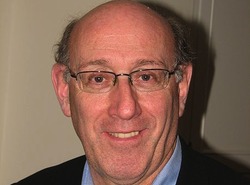 BP oil spill paymaster Kenneth Feinberg released a draft plan this week for deciding payments on final claims for damages for the disaster, and it's drawing fire for being too optimistic about the pace of recovery.

Feinberg released the proposed methodology on Feb. 2 and said he would accept public comments through Feb. 16, though he's now being urged to extend that comment period. (To read the comments submitted, click here and scroll to the bottom of the page.)

Along with the draft compensation plan, Feinberg released a report [pdf] he commissioned estimating the recovery period for Gulf seafood to help him work out the payment program. The report was prepared by John Tunnell Jr. at the Harte Research Institute for Gulf of Mexico Studies at Texas A&M University.

The report estimates that -- with the exception of oysters -- the Gulf will be fully recovered from the oil spill by the end of 2012. Based on that assumption, Feinberg plans to pay most claimants twice their estimated 2010 losses for final claims, deducting any payments already received. Oyster harvesters would receive four times their 2010 losses.

But those estimates are not sitting well with some in the Gulf.

"What Feinberg would like to do and BP would like to do is wrap everything in a nice little bow and call it finished, and put a timeline on it, and we never have to look at the gulf again," Mobile (Ala.) Baykeeper Executive Director Casi Callaway told WKRG TV.

David Newman at the Natural Resources Defense Council points out that Tunnell came up with his recovery estimates through a literature review rather than an empirical analysis of baseline studies. While government studies are now underway to assess the region's natural resources, Newman observed that it will take several years to figure out how quickly the Gulf can be brought back to pre-spill conditions.

So why the hurry to come up with the recovery estimates now? Newman writes:

The simple, but unacceptable answer, according to the report: "the [Claims] Facility needs to move as expediently as possible in settling these claims."

Instead, NRDC is calling on BP to provide short-term relief to Gulf residents and businesses affected by the spill. To protect residents over the longer term, the group wants a formal public peer-review of the Tunnell report and the inclusion of "reopener provisions" in settlements allowing claimants to pursue future compensation for unanticipated harm. NRDC also urged the claims facility to extend the public comment period from two weeks to two months.

The controversy over the proposed methodology used to administer the $20 billion fund came as Feinberg found himself in hot water over how he's been portraying his role with the fund to the public.

This week a U.S. District Court judge in Louisiana who's presiding over oil spill litigation ordered Feinberg and the Gulf Coast Claims Fund to stop representing themselves as independent from BP. The ruling came in response to a motion filed by plaintiff attorneys concerned that Feinberg "seems indistinguishable from a defense attorney attempting to settle cases on behalf of BP."

As Gulf spill claims czar takes over, a checklist of promised changes