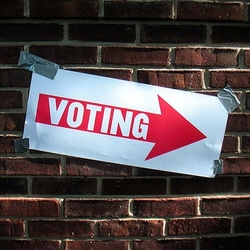 Last November, the big themes of the 2010 elections were jobs and the economy. But in states across the South and country, many of the most pitched legislative battles have focused on another issue entirely: voting rights.

With Republicans taking power or strengthening their hand in many state legislatures -- and the 2012 elections looming on the horizon -- GOP leaders are seizing the opportunity to push a raft of measures they claim will restore integrity to the voting process.

But the new voting bills share some important features: They all work to restrict the franchise and shrink the electorate -- in most cases, in ways that would decrease Democratic votes.

And many of the most restrictive measures are being pursued in key battleground states, where shaving just a few percentage points off the black, Latino or youth vote could mean the difference between a state going red or blue.

"It's shocking that the media is reporting on these bills as if they are merely innocent attempts at election reform," said a local North Carolina election official. "Why are they being pushed so hard now? Why in battleground states? Who stands to benefit? The most relevant questions just aren't being asked."

The leading edge -- and most widely publicized -- of the voting rights battles is over laws that would require voters to show photo ID at the polls. Photo voter ID bills have been introduced in over 30 states, and won early votes South Carolina, Texas and several other legislatures.

African-American voters are nearly twice as likely to not have the needed photo ID cards, according to a recent report by The Advancement Project -- leading the civil rights group to argue why these bills are a top legislative priority for Republicans this year:


The photo ID proposals are part of larger coordinated efforts by conservative and Tea-Party backers, designed to reduce the voting strength of voters of color who saw record turnout in 2008, in advance of the 2012 elections.

In a handful of states including Arkansas and Iowa, resistance from civil rights groups, youth, seniors and even local election officials have killed voter ID bills, at least for now. But the measures are still alive in key battleground states like North Carolina and Wisconsin, where Republicans passed a bill out of committee this week.

But the Republican-led agenda goes beyond voter ID. Less-noticed -- yet, when put together, equally consequential for the 2012 elections -- have been a host of other measures that restrict voting in ways that present new obstacles to historically disenfranchised constituencies.

* Slashing Early Voting Days: Early voting before Election Day has been one of the most popular election innovations in decades. But Republican bills in Florida and North Carolina would drastically cut back the early voting period: In Florida, where nearly 4.4 million voters cast early ballots in 2008, it would shrink from 14 days to eight. In North Carolina, 2.6 million citizens voted before Election Day in 2008; a GOP-sponsored senate bill would cut the 16-day early voting period back a week.

In both states, the majority of early voters were Democrats.

* Targeting Students and Youth: With younger voters playing a big role in the 2008 elections -- and Democratic victories -- several GOP bills appear designed to dampen youth and student participation. In North Carolina, the GOP bill would eliminate a program which allows teens to register to vote before their 18th birthday, as long as they're of legal age by the time they vote.

In Wisconsin, the Republican voter ID bill allows students to use their college ID cards -- but includes so many restrictions that advocates haven't been able to find a single student ID card that would actually qualify.

* Restricting voter registration and mobilization: The Florida bill shrinks the amount of time a citizen's group has to turn in their lists of newly-registered voters from 10 days to two, with a $50-a-day fine for each late submission -- a move Democrats say aims at young, African-American, Latino and other progressive voters, and the grassroots groups organizing them.

That appears to prevent anyone from outside a precinct from helping get another voter to the polls -- a measure presumably targeting get-out-the-vote efforts by groups like the NAACP, but which could just as easily ensnare an out-of-county Boy Scout driving their elderly grandmother to a poll site.

There are more barriers to registration and turnout in store: The Florida bill changes the 40-year practice of a voter being able to update contact information at the polls. Under the new Wisconsin law, the amount of time a voter has to have lived at their current residence to register would increase from 10 days to 28 -- bad news for students and families who have recently moved.

And in North Carolina, Republicans want to do away with same-day registration at early voting sites -- a reform that was used by 253,000 voters in 2008 [pdf].

"I'm going to call [the Florida bill] what it is, good old-fashioned voter suppression," said Ben Wilcox of the state's League of Women Voters. The Advancement Project identifies the constellation of GOP voting measures being pushed this year "the largest legislative effort to scale back voting rights in a century."

But in Florida and other states shaping up to be key battlegrounds in 2012, it would be naive to suggest Republicans don't know exactly what they're doing.

The war on women voting in North Carolina