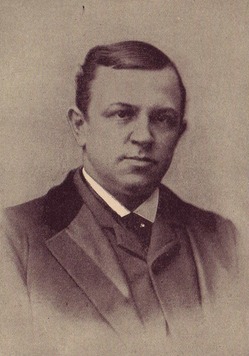 The recent battle between Boeing and the National Labor Relations Board raises an issue that goes to the heart of the way Southern pols have recruited industry since Henry Grady (in photo) of the Atlanta Constitution preached a "New South" after the Civil War.

The National Labor Relations Board, an ineffective protector of workers' rights under the Bush regime, has finally regained a sense of its original mission under President Obama and is showing a new feistiness that is driving Southern Republicans ballistic.

After Boeing reacted to a strike by union workers at its Puget Sound facility by announcing it was moving a production line to a nonunion operation in South Carolina, NLRB General Counsel Lafe Solomon ruled the company had violated the National Labor Relations Act. Companies can't relocate plants as a direct response to a strike by workers, Solomon said.

The reaction to Solomon's ruling has been fierce. U.S. Sen. Lindsey Graham, R-S.C., proposed legislation to strip funding for the complaint against Boeing, a bizarre idea to begin with but one with the clear intention of frightening the NLRB into a more submissive role. See union organizer Mike Elk's recent article in In These Times for a more detailed breakdown of the tug-of-war going on in this story.

Like the rest of the South, South Carolina is a "right-to-work" state, or as labor activists say, "right-to-work-for-less," which makes it attractive to corporations wanting to establish "run-away" plants to get away from unions.

Although the South has been promoting its low wages and docile workforce since the days of Henry Grady, that type of promotion continued to be a founding principle through what was to become the "Sunbelt South" in the 1950s through the 1990s. Here's how Richard O. Boyer and Herbert M. Morais described the practice in their 1955 book, Labor's Untold Story:

"The run-away-plant movement ... has become the accepted policy of big business. ... (It) was to have a two-fold effect: the attainment of maximum profits through lower wages in newer areas and weakening of unions through unemployment in older areas. The run-away-plant movement was underwritten by the government which under the Defense Production Act allowed the issuance of 'certificates of necessity' carrying a high amortization tax so that the plants could be paid for out of untaxed profits."

For the government now to be on the side of union workers is an unbearable outrage to pro-corporate Southern elites like U.S. Sen. Jim Demint, R-S.C., who said the NLRB members were acting like "thugs."

Turn back the clock just a year or two and what you have is a Republican-dominated NLRB that allowed plenty of corporate anti-union thuggery. In the so-called Kentucky River cases, the NLRB made it easier for companies to designate workers as "supervisors" and thus strip them of their right to organize. One company in Mississippi, Croft Metals, Inc., of Magnolia, Miss., refused to count the results of a union election at its plant for more than four years, and got away with it, waiting long enough to be able to name its workers "supervisors." Union observers said a majority of the workers supported joining a union.

It's no accident Southern workers earn less and have fewer benefits and workplace protections than any other workers in the country. Boeing is acting much the same way as the textile industry when it set up shop in the "Cheap South" a century ago.

Come South where there's a "plentiful supply of cheap labor," Henry Grady told Northern businessmen after the Civil War. Soon the textile industry would re-locate from New England to the South, and a century later it would relocate again to Mexico and then China.

The same principle is driving the bulk of international trade agreements, from NAFTA on. The agreements, for all the high-faluting ballyhoo about their benefits, essentially seek to take advantage of the cheap workers in Mexico, Asia, and elsewhere across the Global South.

However, there's a rising consciousness about these unprincipled principles, and that's the good news. For a poor region or nation to want jobs and industry is understandable, and so is aggressive recruitment of industry, but why do cheap labor and a docile workforce have to be part of the package? At what point does that become a Faustian bargain?

VOICES: Protests in Tennessee as workers' rights are threatened