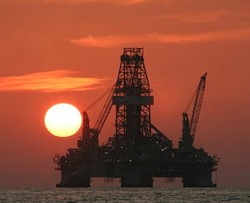 In a major victory for environmental advocates, the Louisiana State Court of Appeals has ordered state regulators to begin monitoring pollution in wastewater discharged from oil and gas production activities into the Gulf of Mexico.

Since 2002, oil and gas rigs operating in Louisiana waters within three miles of the coast have been discharging wastewater directly into the Gulf under an expired general permit from the Louisiana Department of Environmental Quality (LDEQ). The discharges contain toxic heavy metals, cancer-causing benzene and other petroleum compounds, and -- of particular concern to environmental health watchdogs -- naturally occurring radioactive materials including radium, thorium and uranium.

For the past two years, the Louisiana Environmental Action Network has been working to establish proper oversight of the discharges. LEAN sued the state over the permit's testing and monitoring requirements, arguing that they were not sufficient to ensure the impact on the public was minimized. The state appeals court agreed in its June 10 ruling.

For the past 25 years, Smith has been working to bring attention to the dangers of naturally occurring radioactive materials, or NORM, from oil production. He served as lead counsel in a case that resulted in a $1 billion verdict against ExxonMobil for trying to cover up the NORM contamination it left on land it leased in Harvey, La.

LEAN points out that a study done by the American Petroleum Institute in 1990 found that consuming seafood from the Gulf poses potentially significant cancer risks due to the radium levels in oil production-related discharges, which include waste fluids produced by oil wells, well treatment and testing fluids, and deck drainage.

Meanwhile, independent tests by LEAN and Smith after the 2010 BP oil spill found significant quantities of radioactive elements in Gulf waters. The concentrations detected in the disaster's wake were thousands of times higher than safe levels established by the International Commission on Radiological Protection's risk model, according to Dr. Chris Busby, a chemical physicist with the U.K.-based environmental watchdog group Green Audit, which confirmed LEAN's and Smith's findings.

"We should be very concerned that this material is showing up in an ecosystem with shrimp, crabs, fish, and other animals that humans consume on a daily basis," says Busby.

The appeals court agreed that there was a preponderance of evidence that the oil-production wastewater is dangerous and that LDEQ failed to protect the public interest. It ordered the agency to take immediate action.