Skip to main content
Join the voice for a changing South.
Donate Today
By Sue SturgisJune 16, 2011 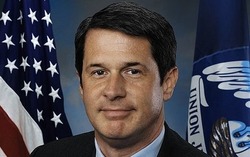 Date on which the Department of Health and Human Services released a report classifying formaldehyde -- a chemical used in the manufacture of consumer goods including carpeting, plywood, personal care products and pharmaceuticals -- as "a known carcinogen": 6/10/2011

Year in which the Environmental Protection Agency first assessed the health risks of formaldehyde: 1989

Year in which the agency first tried to update that assessment, only to be repeatedly stalled by industry and and its allies in Congress: 1998

Year in which Sen. James Inhofe (R-Okla.) pressed the EPA to delay the revised assessment, despite preliminary findings from a National Cancer Institute (NCI) study linking formaldehyde to leukemia: 2004

Number of pulp mills that Koch bought that same year from Georgia-Pacific, a leading formaldehyde producer and plywood manufacturer: 2

Year in which Koch bought all of Georgia-Pacific: 2005

Year in which the International Agency for Research on Cancer (IARC) classified formaldehyde as a known carcinogen: 2006

Year in which the NCI released a study linking formaldehyde exposure to cancers of the blood and lymphatic system: 2009

Increased risk of leukemia for workers exposed to high amounts of formaldehyde, according to the NCI study: 78%

Year in which both the IARC and National Toxicology Program concluded that formaldehyde exposure is linked to leukemia: 2009

Year in which Sen. David Vitter (R-La.) (in photo) successfully delayed the formaldehyde assessment by placing a hold on the nomination of a key EPA appointee to force the agency to send its draft assessment to the National Academy of Sciences for review: 2009

Amount that Formaldehyde Council lobbyist Charles Grizzle personally donated to Vitter's campaign the same day he placed the hold on the EPA nomination: $2,400

The suggested donation to attend a fundraising party thrown for Vitter by Grizzle after EPA agreed to send its assessment to the NAS: $1,000

Amount that Vitter's campaign received in 2009 from companies that produce large amounts of formaldehyde waste in Louisiana: about $20,500

Amount Vitter's campaign received that same year from companies with interests in formaldehyde regulation: about $40,000

Rank of Monsanto's plant in Luling, La. among top U.S. emitters of formaldehyde pollution in 2009: 1

Rank of Angus Chemical's plant in Sterlington, La. among top U.S. emitters of formaldehyde pollution in 2009: 2

Date on which the NAS released its formaldehyde review, finding that the chemical irritates the eyes, nose and throat and causes respiratory lesions and cancer of the nose and upper throat -- but not leukemia: 4/8/2011

Amount the federal government spent to purchase trailers for for Hurricane Katrina and Rita victims that were later found to have dangerously high levels of formaldehyde: $2 billion

Percent of the 134,000 FEMA trailers provided to Katrina and Rita victims estimated by the federal government to have formaldehyde problems: 33

Date on which Rep. Cedric Richmond (D-La.) introduced legislation to create a health registry of people who were provided with FEMA trailers between 2005 and 2009: 6/3/2011

Year in which President Obama signed a law establishing the first national standards for formaldehyde in composite wood products such as plywood and particle board: 2010

Year by which the U.S. will have the most stringent standards for formaldehyde emissions in the world: 2013