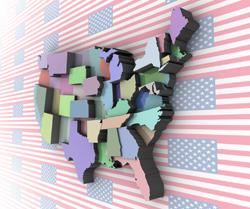 If you're a Republican legislator eager to redraw your state's political lines to your party's favor in time for the 2012 elections, but fear opposition from a state Democratic attorney general and the Obama Justice Department, what to do?

Sneak little-noticed language into the bottom of a budget bill that allows you to bypass your redistricting foes, of course -- even if it could end up costing your state time and money in the process.

At least that's the approach favored by GOP lawmakers in the battleground state of North Carolina, and based on a similar strategy used in Texas and other Southern states this spring.

N.C. House Republicans hoped their plan would largely fly under the radar of Democrats and the media. But it was unintentionally made public last week, when a microphone was left on during a closed-door GOP caucus strategy session, causing the proceedings to be directly broadcast to the state press corps.

The plan revealed by mic-gate: Instead of submitting North Carolina's redistricting plan to the Department of Justice -- where it needs pre-clearance because 40 of the state's counties are covered by the Voting Rights Act -- the GOP law would allow the state's Legislative Services Commission to directly present the plan to a district court in D.C.

That would allow the Republican-drawn lines to bypass being approved by the Department of Justice, which would merely be an opposing party in the case if it has objections.

The leaked audio has House Speaker Thom Tillis describing the plan, which he also warned was "extremely sensitive" and shouldn't be publicly discussed:


The plan all along has been to submit this to the courts, rather than the Department of Justice, since this will be the first redistricting plan under the Voting Rights Act submitted to a DOJ controlled by Democrats, let alone Obama.

Just as important, the Republican measure would allow lawmakers to remove the state attorney general -- in this case Democrat Roy Cooper -- from representing the state.

As Jason Kay, a lawyer for Tillis and former staffer of the N.C. Institute for Constitutional Law -- one of several conservative groups largely backed by Raleigh retail millionaire Art Pope -- was caught openly mocking Cooper in the session:

[The Republican bill] allows the client [the state legislature] to have control over the attorney in the litigation ... We could fire [Roy Cooper] or we could ask him if he's just so confused and conflicted that he's not able to represent his client effectively anymore.

Kay's candid comments are especially interesting given the role his previous benefactor, Republican donor Art Pope, has played in the redistricting battle. As Facing South revealed last fall, an outside group in part coordinated by Pope funneled $1.25 million from the Republican State Leadership Committee in 2010 with the express purpose of helping N.C. GOP candidates take over the legislature in time for redistricting. Art Pope's family foundation supplied nearly all of the money for Kay's salary when he worked at the right-wing N.C. Institute for Constitutional Law.

The idea isn't original: Texas Republicans filed a similar bill in April allowing the state to take their redistricting plan directly to court and bypass the DOJ -- although the Texas version allows their attorney general, a Republican, to represent the state in court.

It's also all clearly within the law. But one reason most states haven't used the option is because, aside from drawing criticism from Democrats and civil rights groups, going directly to court has two major drawbacks: It's expensive and usually very slow.

If North Carolina does go straight to court, it will face all of those court expenses, including hiring a lawyer -- most likely Thomas Farr, a Republican attorney who has handled redistricting cases before and is considered the likely choice for the GOP's scheme.

Indeed, state GOP house leader Rep. Paul "Skip" Stam joked in the secret meeting that "Y'all [Republicans] need to be raising money for our outside counsel for after session adjourns."

But if Farr or another Republican-friendly attorney is hired through the Legislative Services Commission, North Carolina taxpayers -- not just GOP lawmakers -- could end up picking up the tab.

Ironically, the straight-to-court strategy has another possible drawback: It takes more time. "The DOJ process is much (much) faster," according to Justin Levitt, who runs the very useful All About Redistricting website from his perch at Loyola Law School in Los Angeles.

That's why Louisiana and Virginia, in addition to taking their redistricting cases to court, are simultaneously seeking approval from the DOJ for their plans, in hopes of getting them approved more quickly.

In other words, the N.C. GOP's once-secret redistricting scheme will likely be expensive, time-consuming and won't stop Democrats from presenting legal obstacles to their plan.

"It's more political theater than substance," reasons Justin Levitt. Especially now that everyone in North Carolina knows about it.