Skip to main content
Join the voice for a changing South.
Donate Today
By Sue SturgisJuly 12, 2011 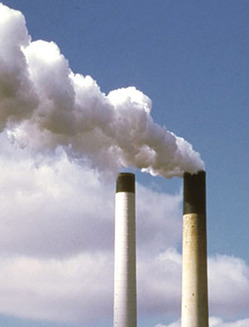 A federal judge has approved a final agreement in a lawsuit that several states and environmental advocacy groups brought over air pollution from the Tennessee Valley Authority's coal-fired power plants.

A consent decree signed late last month by U.S. District Court Judge Thomas Varlan in the Eastern District of Tennessee ends a decade of litigation under the Clean Air Act by requiring emission cuts from the federally-owned corporation's power plants.

"Many years of hard work went into winning this settlement for the people of North Carolina, and I'm pleased that we've achieved this resolution," said North Carolina Attorney General Roy Cooper. "Our air and our water will be cleaner and our people and our economy healthier thanks to this settlement."

The Environmental Protection Agency (EPA) estimates the deal will prevent as many as 3,000 premature deaths, 2,000 heart attacks and 21,000 asthma attacks each year, saving up to $27 billion in annual health costs.

Back in January 2006, Cooper filed a public nuisance lawsuit against TVA on behalf of North Carolina over pollution wafting into his state from the utility's plants. Nitrogen oxide and sulfur dioxide emissions from coal-fired power plants have been linked to increased incidence of asthma, chronic bronchitis, other cardiopulmonary illnesses, and premature death. The pollution also damages water supplies, soil and crops, and reduces visibility in western North Carolina's mountains, which in turn hurts the state's $12 billion annual tourism industry.

In 2009, a federal judge in North Carolina declared that emissions from three of TVA's coal-fired plants  in Tennessee and one on Alabama were public nuisances under the law. But last July, the Fourth Circuit Court of Appeals dismissed the lawsuit. North Carolina sought review of the appellate court's decision in the U.S. Supreme Court but said that given the settlement it will now withdraw the petition for review.

Besides North Carolina, other parties involved in the lawsuit included Alabama, Kentucky, Tennessee, the National Parks Conservation Association, the Sierra Club and Our Children's Earth Foundation. The plaintiffs argued that TVA failed to install required pollution controls when it made modifications to its plants.

The EPA first proposed the settlement agreement with TVA in April. It requires the company to invest in an estimated $3 billion to $5 billion in new pollution controls at 11 of its coal-fired plants. The company will also invest $350 million in clean energy and efficiency projects.

Under the agreement, TVA will close two units at its John Sevier plant, six units at its Widows Creek plant, and all 10 units at its Johnsonville plant by 2017. Pollution controls have to be installed on its remaining coal-fired units by 2020.

TVA is the largest electricity provider in the United States, with a service territory stretching across Alabama, Georgia, Kentucky, Mississippi, North Carolina, Tennessee and Virginia. It currently operates a total of 59 coal-fired units at 11 plants, with a total generation capacity of about 17,407 megawatts.

Toxic coal ash dumping on the rise in the South