Skip to main content
Defend democracy in the South.
Donate Today
By The LensJuly 20, 2011 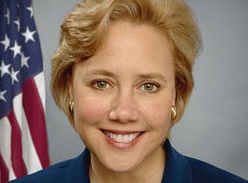 By Benjamin Leger, contributor to The Lens

Testifying in front of the Senate Energy Committee in May 2010 while the Deepwater Horizon was still gushing oil into the Gulf, Louisiana's U.S. Sen. Mary Landrieu voiced her opposition to the moratorium on deepwater exploratory drilling:

Since 1971, not a single spill in the Gulf, or the entire federal OCS (outer-continental shelf), caused by a well blowout exceeded 1,000 barrels of oil. We are exceeding 7,000 barrels of oil every day and a half with this current uncontrolled flow. The record will show from 1947 to 2009, 175,813 barrels have been spilled out of 16.5 billion barrels produced. That is one one-thousandth percent of the total production. I think it is important to keep that in perspective.

Landrieu, a centrist Democrat, repeated variations on that statement in Senate testimony, public statements, guest editorials and most recently at the Gulf Leadership Forum in May. It's Landrieu's way of driving home her contention that the oil industry is safe, and the BP spill an exception -- "a stain on (the oil industry's) otherwise impressive safety record," as she put it in an opinion piece for Politico, the online news site, in April of this year.

The problem is that her low numbers (in particular, the claim that only 175,813 barrels of oil were spilled from 1947 to 2009) don't add up -- unless you are the American Petroleum Institute, an industry trade association.

When the Louisiana Bucket Brigade recently asked Landrieu's office for the source of those figures, her staff pointed us to the federal Bureau of Ocean Energy Management, Regulation and Enforcement. According to BOEMRE data, the amount of oil spilled in the Gulf of Mexico is likely closer to 471,721 barrels (19.8 million gallons) -- or more than two and a half times the figure Landrieu likes to use. In fact, BOEMRE acknowledged in an email, "Nowhere in any of the data sets is the exact figure of 175,813 barrels (as stated by Sen. Landrieu) spilled referenced."

Interestingly, an American Petroleum Institute report from 2009 called "Analysis of U.S. Oil Spillage" offers a figure for Gulf oil spills -- 175,812 barrels -- more in line with Landrieu's. Indeed, her number differs from API's by just one barrel. The API figure, though, comprises only spills from offshore platforms, omitting pipeline spills or vessel accidents. Landrieu failed to make that distinction in her public statements; nor did she acknowledge that she was using data supplied by the oil industry, not the government she's part of.

The American Petroleum Institute advocates for more than 400 of the largest oil companies in the world, including all of the biggest players in the Gulf, from BP to Shell, Chevron and ExxonMobil.

Anyone keeping an eye on new legislation since last year's BP spill knows politicians have done little to improve safety regulations for offshore drilling and production in the Gulf. Landrieu did her part by repeatedly broadcasting those skewed figures, until the idea that BP was a freakish exception became a mantra. That laid the groundwork for further contention that there was no reason to start implementing needless regulations and safety protocols on an already safe industry.

Looking at Landrieu's statement within the context of federal data from BOEMRE makes clear just how much the numbers have been manipulated:

Since 1971, not a single spill in the Gulf, or the entire federal OCS, caused by a well blowout exceeded 1,000 barrels of oil. We are exceeding 7,000 barrels of oil every day and a half with this current uncontrolled flow. ...

First, cutting off before 1971 when referring to well blowouts is strategic. From December 1970-April 1971, a well blowout at a Shell platform at South Timbalier spilled more than 53,000 barrels of oil. (It also killed four workers, injured 36, and caused $25 million in damage.) A year earlier, in February 1970, a blowout at a Chevron platform spilled 30,000 barrels into the Gulf. Both operators blamed equipment failure.

From then until the BP Oil Spill (based on BOEMRE data of well blowouts of 50 barrels or more where a total amount spilled was given), individual well blowouts in the Gulf did not exceed 1,000 barrels of oil. However, many accident reports from that period mentioned there was a spill/release but did not provide an amount released (more on that issue later).

Now to the second part of Landrieu's statement:

The record will show from 1947 to 2009, 175,813 barrels have been spilled out of 16.5 billion barrels produced. That is one one-thousandth percent of the total production. I think it is important to keep that in perspective.

Bear in mind, none of the data that BOEMRE or Landrieu's office provided showed figures earlier than 1956, and the American Petroleum Institute's report only covers the years 1969-2007. Yet Landrieu repeatedly referred to accidents dating back to 1947.

Though it isn't clear if Landrieu was talking about spills in the entire OCS or just the Gulf, according to BOEMRE data, 471,721 barrels of oil were spilled in the Gulf of Mexico from 1956-2010 in cases where the spills were greater than 50 barrels of oil.

Still, trying to pull a definitive number from BOEMRE's data is like trying to put together the pieces of a puzzle knowing at the start that several are missing. In our time analyzing industry accidents over the years, members of the Louisiana Bucket Brigade have noticed a few things:

1) Accident reports submitted to state and federal agencies are voluntary. A company can underreport total pollution from an accident and officials rarely conduct a full investigation unless there was a worker injury or death.

2) The systems for reporting such accidents are insufficient and inconsistent, allowing a company to fill out the "Volume of Pollution Spilled" or "Damage to Property or Environment" columns in many reports with answers such as: N/A, unknown amount, minimal, minor or even just "moderate oil sheen" instead of an actual figure.

3) Summary reports and data sets produced by federal agencies don't follow the same format (even within one agency over several years). One report only calculates total oil spills over a given period, while another calculates by type of accident over a different period. One data set calculates spills of more than 50 barrels of oil, while another only recognizes oil spills when they exceed 200 barrels.

Knowing those limitations, it's hard to take Landrieu's numbers at face value. What's more, it's irresponsible of her to use such a small category of offshore accidents to represent oil industry safety across the board. In doing so, Landrieu is ignoring the bigger picture made visible by the BP disaster -- that the oil industry has a serious problem when it comes to safety, preparedness and the ability to drill and produce oil in ways that are environmentally sound and protect our coastal communities. It's a recurring problem. And accidents continue today, more than a year since the BP spill.

Let's not forget that the oil spill also resulted in 11 deaths. BOEMRE data for Gulf oil and gas operations from 1956 through 1990 shows more than 420 fatalities.

When Landrieu or another politician says the industry is safe and advocates for less regulation, we need to ask for the data. And we need to know the source.

If we don't call out our politicians on their phony evidence, the misinformation will spread well beyond Capitol Hill and find its way into every news story, every sound bite on the TV news, every blog. And the real picture, the ugly truth about oil and gas production in the Gulf will get painted over.

Benjamin Leger is a monitoring and evaluation specialist with the Louisiana Bucket Brigade, an environmental justice organization and watchdog group.