Skip to main content
Join the voice for a changing South.
Donate Today
By Chris KrommAugust 27, 2011 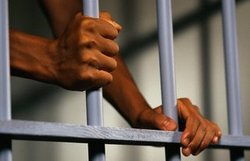 As Hurricane Irene makes its way up the Atlantic seaboard, officials in New York are coming under growing fire for failing to authorize an evacuation of Rikers Island, the city's main jail complex housing about 12,000 inmates.

Unlike North Carolina, which evacuated over 1,300 inmates before Irene struck, Mayor Mike Bloomberg has resisted calls to safely remove inmates from the facility; indeed, news reports say that it doesn't even have an evacuation plan.

The disparate approaches to ensuring the safety of inmates points to larger shortcomings in U.S. and state disaster policy, which has yet to fall in line with international human rights standards. In 1998, the United Nations issued the Guiding Principles on Internal Displacement, which looks at how governments can protect rights before, during and after major disasters.

As the Institute for Southern Studies documented in an in-depth 2008 report on the Guiding Principles and Hurricane Katrina, the U.S. hasn't formally ratified the standards, but has repeatedly embraced them: In 2004, the U.S. State Department called for "wider recognition of the U.N. guiding principles" as a "useful framework" for disaster policy.

What do the Guiding Principles say about treatment of inmates during a disaster? In Principle Four, the U.N. clearly prohibits discrimination on the basis of "legal status" during disaster response. In other words, if it's decided that evacuation is the best way to protect residents, that has to be applied to all people.

Further, Principle 11 prohibits "cruel, inhuman or degrading treatment or punishment" of all people affected by a disaster.

These issues were brought into sharp focus in the wake of treatment of inmates at Orleans Parish Prison during and after Katrina. Here's an excerpt from our 2008 report on Katrina and human rights:

During the storm and for several days afterwards, several thousand men, women, and children as young as ten--many of them being held in pre-trial detention on minor offenses-- were effectively abandoned as floodwaters rose and the power went out, plunging the cells into darkness. As deputies fled their posts, prisoners were left standing up to their chests in sewage-contaminated floodwaters, without food, drinking water, or ventilation.

Once they were evacuated from OPP, prisoners were sent to receiving facilities around the state where human rights abuses appear to have continued. At one facility, for example, thousands of OPP evacuees spent several days on an outdoor football field where there were no toilets or wash facilities, and where prisoner-on-prisoner violence went unchecked by guards. A recent ACLU report examining changes made at the prison since the disaster concluded that "OPP remains dangerously ill prepared to handle a future emergency," with a revised evacuation plan that is "inconsistent" and "inadequate" to prevent the kinds of abuses that occurred after Katrina.

Despite widespread outcry, some officials didn't seem to learn from the Katrina experience. When Hurricane Ike struck the Gulf further west in 2008, the city and county of Galveston, Texas declared a mandatory evacuation -- but not for the 1,000 inmates and staff of the county jail, despite warnings from the National Weather Service that those who stayed faced "certain death." Fortunately, the storm surge ended up being less than feared.

That may turn out to be the case with Rikers Island. But the controversy -- and the reality of unequal and disparate treatment -- underscore the need for the U.S. to get serious about protecting human rights in the face of disasters.