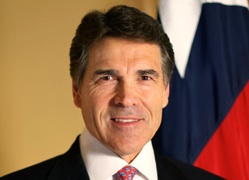 "With the support of my family and unwavering belief in the goodness of America, I declare to you today as a candidate for president of the United States."

With those words, Gov. Rick Perry on Saturday ended years of speculation and made official what had become apparent months ago: He will seek the presidency in 2012.

Amid all the horse-race analysis of Perry's candidacy -- can he win? how does he stack up against Mitt Romney? -- a more basic question has been lost. Can he govern?

Therein lies the rub for Rick Perry. His record in Texas doesn't exactly blow you away. The man can win an election, no doubt. But once the campaigns are over and he actually gets into office, well, the results aren't inspiring.

In fact, I would argue that Perry has achieved no major legislative accomplishments as governor.

Everyone will point to the Texas economy, of course. And Perry will undoubtedly center his presidential campaign on the so-called Texas Miracle. Perry does deserve some credit for Texas' better-than-other-states economic performance the past few years. But it certainly isn't all -- or even mostly -- his doing.

Meanwhile, the major policy proposals that were Perry's doing have all been colossal failures.

First there was the Trans-Texas Corridor. Perry initially proposed this toll-road plan during the 2002 governor's race. It would have used government's eminent domain authority to seize rural farmland for a massive toll road project, complete with rail and utility lines. The backlash from rural Republicans was intense, and the plan died slowly over the next four legislative sessions.

In 2007, Perry proposed that all young girls receive the HPV vaccine. That idea suffered defeat even faster. Conservatives in the Legislature would have none of it.

Then there's the one major proposal that Perry passed into law -- the business margins tax. This tax increase on business was crafted in 2006 as part of a school-finance reform. The idea was to cut property taxes and replace the lost revenue with a new business tax.

This 2006 tax "swap" was the one instance during Perry's decade as governor when he proposed a wide-ranging plan and successfully pushed it through the Legislature mostly unchanged. It's perhaps his signature legislative accomplishment.

Problem is, it's been a disaster. Small businesses don't like it. Some conservatives hate it -- in fact, a few believe Perry's business tax is unconstitutional. Worst of all, the tax doesn't generate enough revenue. The tax swap has cost the state $5 billion a year for five years running. The Texas budget now faces an ongoing structural deficit because of the underperforming business tax.

None of this is to say Perry has been ineffectual. He's used his veto power (or the threat of it) to bend the Legislature to his wishes. And he's utilized his power of appointment to build a web of political patronage that stretches across every entity in state government. He's greatly expanded the influence of the once-weak Texas governorship.

But he's not a policy guy. At times, it's difficult to even glean a coherent ideology from him. Yes, he's generally conservative; a times, he's extremely conservative. But the details are tough to pin down. In fact, his three major proposals -- pitching toll roads built with eminent domain, requiring a vaccine for an STD and passing a new tax that created a permanent budget deficit -- aren't exactly "conservative."

If you watch Perry long enough, you realize he doesn't sweat the details. The specifics of his positions are often fungible depending on what's politically advantageous at the moment. For instance, in 2011, as Perry prepared to run for president, we saw him take more hard-line conservative positions on immigration and government spending.

In his folksy, delegate-the-details approach to governing, Perry will undoubtedly remind some voters of George W. Bush. But Perry may be even less interested in policy than Bush. By most accounts, Bush genuinely cared about education reform. Perry? In 2005, he proposed an education reform plan so unworkable that the GOP-dominated Texas House voted it down 126-0.

As governor of Texas, Perry's lack of policy depth hasn't hindered him much. He lets the Legislature do the heavy lifting. When the Legislature isn't in session, Perry floats from one public appearance to another, cheerleading the Texas economy. It's a nice gig.

But if he wins the presidency, Perry will have to deal with complex policy every day. It's hard to envision him flourishing in that role.

Perry is a masterful politician, a charismatic and talented campaigner. But the whole governing thing? Not his forte. 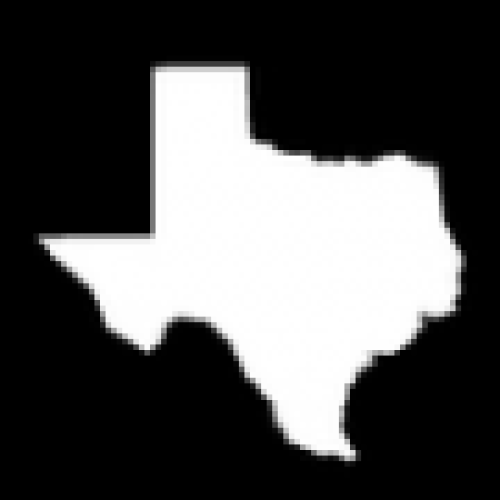 What is the Justice Department doing about Southern voting rights?