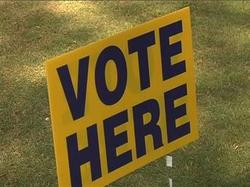 Last week, right-wing pundit Matthew Vadum created a stir when he argued that -- as his piece at American Thinker is titled -- "Registering the Poor to Vote is Un-American." Here's how the piece starts:

Why are left-wing activist groups so keen on registering the poor to vote?

Because they know the poor can be counted on to vote themselves more benefits by electing redistributionist politicians. Welfare recipients are particularly open to demagoguery and bribery.

Registering them to vote is like handing out burglary tools to criminals. It is profoundly antisocial and un-American to empower the nonproductive segments of the population to destroy the country -- which is precisely why Barack Obama zealously supports registering welfare recipients to vote.

Equating "the poor" with criminals? Suggesting the wealthy aren't "open to bribery?" 45 years after the Supreme Court ruled in the poll tax case Harper v. Virginia Board of Elections that voter qualifications can't be based on wealth, implying that maybe they should?
Rick Hasen, an election law professor at UCLA-Irvine, summed up the reaction of many: "Back after I puke."

But not everyone was turned off by Vadum's missive. Indeed, the next day, Vadum was invited to appear on Eric Bolling's Fox Business show to rail against President Obama's voter outreach plan.

Vadum isn't exactly a fringe figure on the right. Author of a 2011 book "exposing" ACORN -- praised by Rep. Michele Bachmann (R-MN) -- and writer for popular conservative websites like BigGovernment, Vadum works at the Capital Research Foundation, which has received millions of dollars from foundations run by the Koch brothers and other top conservative benefactors.

Indeed, the idea that citizens of lesser means -- even during a lingering economic downturn -- should be denied the franchise is a theme that appears to be gaining currency among some leading conservatives.

Last year, Judson Phillips, president of Nashville-based Tea Party Nation, declared on a radio show that it "makes a lot of sense" to go back to a system in the U.S. where voting is restricted to citizens who own property -- a troubling prospect for the one-third of U.S. residents who rent their homes, and would presumably be denied the franchise.

Rush Limbaugh seems to agree with Vadum as well. In December 2010, commenting on a news report about people lining up for housing assistance, Limbaugh asked:

As Ari Berman points out in a recent Rolling Stone piece, this isn't the first time leading conservatives have called for taking the franchise from those at the lower end of the economic ladder -- and less likely to vote Republican.

As influential conservative activist Paul Weyrich told a gathering of evangelicals in 1980:

I don't want everybody to vote. As a matter of fact, our leverage in the elections quite candidly goes up as the voting populace goes down.

While not as shocking as outright calls to keep poor people from voting, Berman argues that Republicans have pushed a bevy of laws over the last year that could have the same result, including requirements for voters to show a photo ID at the polls, restrictions on voter registration drives and moves to limit early voting.

The aim of peeling off Democratic votes with a big election year coming up seems clear enough. But historian Alex Keyssar, author of the seminal book The Right to Vote, argues that attempts to limit voting may have as much to do with economics as politics.

In U.S. history, for example, elites have pushed to restrict voting among the lower classes during times of economic upheaval, in part to stave off the possibility of political revolt:

The most common source of contractions of the franchise [in U.S. history has been] class apprehension--particularly when coupled with racial or ethnic divisions. The most well-known instance, of course, was the disfranchisement of African Americans in the South at the end of the nineteenth century; this was prompted not only by racism but by the desire of many white Southerners to maintain a disciplined and powerless agricultural labor force. Similar impulses figured in the passage of literacy tests aimed at Irish immigrants in Massachusetts in the 1850s, or Italians and Jews in New York in the early 1920s.

Which, says Judith Browne-Dianis of the civil rights group The Advancement Project, eerily resembles what is happening today:

Our democracy is supposed to be a government by, of and for the people. It doesn't matter how much money you have, what race you are or where you live in the country - we all get to have the same amount of power by going into the voting booth on Election Day. But those who passed these laws believe that only some people should participate. The restrictions undermine democracy by cutting off the voices of the people."