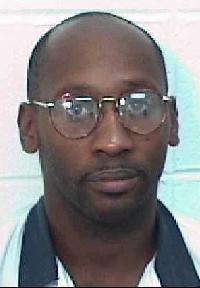 Barring a last minute stay of execution by the Georgia Board of Pardons and Paroles in a last ditch hearing scheduled for September 19, accused Savannah, Ga. cop killer Troy Anthony Davis will be executed.

If the execution goes forth, the question must be asked: Did Georgia execute an innocent man?

Dead men literally tell no tales, and the guilt or possible innocence of Davis will go with him to his grave. The possibility of innocence is hardly a stretch. More than a dozen death row inmates have been released in the past two decades as a result of DNA evidence. A legion of other death row inmates have been released because of prosecutorial misconduct that resulted in retrials and acquittals, or pardons after mountainous evidence was presented that cast major doubt on their guilt.

The Davis case is a near textbook example of a death penalty case that reaches nowhere near the oft stated but much abused constitutional high bar of conviction, namely: beyond a reasonable doubt.

The facts in his case are well-known. There was no murder weapon or physical evidence linking Davis to the murder, and a score of witnesses that originally implicated Davis as the shooter recanted their testimony.

The witnesses, as in most cases where defendants are convicted on the basis of eyewitness testimony, later claimed that they lied because they were scared stiff by police coercion, harassment and threats. Others cut deals with police and prosecutors to walk free or to get lighter sentences for their own crimes. And yet others have long and dubious reputations as jailhouse snitches that prosecutor's parade to the witness stand to finger a defendant, again in exchange for leniency.

The Innocence Project has noted that overzealous and untruthful prosecutors have been know to suppress, fabricate, and destroy evidence, as well as employ lying jailhouse snitches, and untruthful witnesses.

Many of the cases have been riddled with racial bias. The condemned killer was black or Latino and their alleged victim was white. Troy Anthony Davis is black. When defense attorneys appeal these tainted convictions, the courts almost always dismiss their appeals on the grounds that the prosecutor committed "harmless errors" that didn't affect the outcome of the case. The Texas execution of Ruben Cantu in 1993 for a murder he allegedly committed as a teen was a classic case of how a possibly innocent man can be executed.

Davis has fought hard to prove that he was indeed the victim of a colossal frame-up. The best that he's been able to do is to push back the date with the executioner. He's had several stays and even a retrial. But it's just bought time, precious time.

Davis, if it can be called that, is lucky. His fight and the possibility of his innocence have made him a cause célèbre. All prison reform groups, the NAACP and notables from President Jimmy Carter to Pope Benedict have spoken out against killing Davis. Many other prisoners who do not have the notoriety, press attention and the money, but have demonstrated serious questions, even doubts about their guilt, languish on America's death rows.

And that's not likely to change. In 1996, when Congress passed, and President Clinton signed, legislation that toughened the death penalty to combat terrorist acts, it reduced appeals and made it harder to get new trials. The year before that Congress slashed millions in funds for post-conviction public interest and legal interest groups to help inmates such as Davis file appeals.

In every doubtful case, prosecutors hotly deny that any of the men executed are innocent. Despite the questionable executions, no prosecutor, nor government official, has ever officially said that an innocent prisoner has been executed. The Chatham County prosecutors and the Georgia state Attorney General that prosecuted and have fought to execute Davis flatly say that Davis is a cop killer who deserves to die.

But despite prosecutors' vehement defense of themselves in these questionable cases some officials and judges have strongly hinted and warned that it is possible for an innocent person to be executed. In 1997, the chair of the House Judiciary Committee praised the system of legal checks and balances in place to insure that the rights of condemned killers are fully protected, but admitted that there was no ironclad guarantee that an innocent person could not be put to death.

That's little consolation for Davis if indeed the Georgia Board of Pardons and Paroles turns thumbs down on his appeal for clemency. If Davis keeps his date with the executioner this time, the question will always linger whether he was yet another horrific example of America possibly executing an innocent man.

What I learned at my arrest at Troy Davis' execution