Fred Shuttlesworth, one of the central architects of the Civil Rights Movement (and by extension, of American freedom) passed away last week at the age of 89. For the people familiar with his pivotal role in the Birmingham Movement, and with the forces allied against him in that struggle, the fact that he lived to the ripe old age of 89 is concrete proof of God's grace. It is a miracle of the first order that Shuttlesworth lived past his 39th year, let alone well into his eighties.

The stories of Shuttlesworth’s bravery (his biographer claimed that he had "no equal in terms of courage") are legion. Anchored by a bedrock faith in a God that called him to action in the service of racial justice and human dignity, Shuttlesworth began confronting segregation in the wake of the Brown v. Board of Education decision, and quickly earned the enmity of the city's white leadership. Racial terrorists in Birmingham (a city known to blacks at the time as "Bombingham") bombed his home on Christmas Day in 1956. Despite the massive destruction to his home, the Reverend and his family walked away from the incident. While attempting to enroll his daughter in a white high school in 1957, Shuttlesworth and his wife were beaten. Indeed, Shuttlesworth would endure more beatings and arrests than almost any other figure during the high point of the movement.

However, Shuttlesworth refused to interpret the violence launched at him as a warning. Rather, he saw it as a confirmation of God's enduring protection in the midst of performing the work he had been called to do. Like the prophets of the Old Testament, Shuttlesworth knew, in his bones, that black folks in the American South had entered into a covenant with the Almighty, and that they had an obligation to confront segregation -- the system that corrupted relationships across racial lines and, more crucially, denied blacks their humanity on a daily basis.  So for Shuttlesworth, being about his Father's business meant action. "It is people in motion," he once said, "not people talking, that make changes."

While others stood in awe of Martin King's powerful oration, it was Shuttlesworth who reminded his more famous associate that the movement would need more than "flowery speeches." Called to do God's will, the Reverend embraced every tactic of the early movement, frequently before his colleagues in the Southern Christian Leadership Conference did so. He was an early proponent of the sit-ins, advocating the usage of the new tactic at a time when many of his contemporaries were uncertain of its efficacy. He supported the Freedom Riders as they entered Alabama, playing a crucial role in their continuation at a critical juncture of the project. When the SCLC decided to tackle the seemingly intractable white supremacy found in Birmingham in 1963, the organization's efforts rested largely on the foundation that Shuttlesworth and his followers laid over the course of a decade. In April and May of 1963, continuous waves of sit-ins, marches, protests and a boycott of downtown stores riveted the attention of the nation. Additionally, the city's response -- Bull Connor's dogs, hoses, jails and general disregard for black humanity -- provided a front row seat to the nation and forced it to deal, as a nation, with the issue of civil and human rights for African Americans.

It is not an over-exaggeration to state that Fred Shuttlesworth significantly altered the course of American history.  The movement that he helped launch in Birmingham set the stage for the passage of the Civil Rights Act of 1964 and the Voting Rights Act of 1965, pieces of legislation that moved the nation significantly closer to the ideals expressed during the founding of the Republic. One simple way to reflect on his legacy is to ask, what would our nation look like if this lion of the movement had not acted, and significantly delayed the passage of these two pieces of legislation? Would I, an African-American college professor, be teaching at Rhodes College? When would we have passed Title IX, enabling a generations of girls and women to participate in school athletics? Would Ronald Reagan have been able to tell Mr. Gorbachev to "tear down this wall" if blacks were still unable to vote in his own country?

After his house had been bombed (for the first time), Shuttlesworth declared that God saved him so that he could "lead the fight" against state-sanctioned inhumanity. That God did so is a blessing we should all appreciate.

Charles McKinney is an associate professor of history and associate director of African American studies at Rhodes College in Memphis, Tenn. 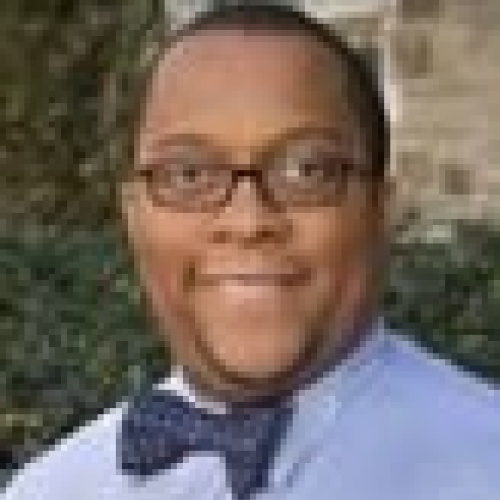 50 years later, youth and elders keep the spirit of the Freedom Rides alive