Washington’s political wars rarely match reality back home. So when politicians and K Street lobbyists peddle the $7 billion Keystone XL tar sands pipeline, you can bet the red meat rhetoric about jobs and national security—fanciful charges according to independent analysis—is straight out of the game plan from DC’s most popular blood sport; trolling for petro dollars.

But outside the rarefied circles of Washington, voices of a different world hold sway, voices of people who care more about community health and their children’s future than the Faustian bargains and false promises of Big Oil. These are voices of citizens from all walks of life, grandmothers, housewives, ranchers, farmers, civic leaders, willing to speak out about the growing threats of toxic tar sands oil in their lives. They are front line witnesses too often drowned out by the political din blaring from the monied corridors of the nation's Capitol.

Below, farm manager Julia Trigg Crawford, recently profiled in the New York Times, talks about her critical eminent domain case over the Keystone XL pipeline, which TransCanada wants to run through her property near Paris, TX.

They are voices like Susan Connolly, a mother of two young children sickened by an Enbridge Energy pipeline that ruptured in July 2010, pouring a million gallons of heavy tar sands oil into the Kalamazoo River, parts of which are still off limits to human contact and fishing today.

“I don’t think the communities are aware of what is going to be occurring. They don’t realize the severity of it and just how detrimental it can be to their communities…the only ones who are going to benefit are the pipeline companies. They talk about jobs and job growth. The only job growth for this pipeline that I have seen are for the workers that are cleaning up the spill.”

“We have a foreign corporation here trying force their will on the American people and it’s not right. There’s no benefit to our country that I can see. We’re an agricultural state if we don’t have water we’re out of business…it doesn’t do any good to complain to your neighbor across the fence. You need to make someone else hear your voice, someone that actually has the power to do something about it, that being our politicians, so we need to make the message loud and clear to them we’re not happy with this project.”

Meanwhile, in Texas landowners are fighting a multi-year battle over the southern leg of the Keystone XL pipeline, a plan to pump tars sands crude from the Cushing, OK, oil hub all the way to the massive petrochemical refineries of Houston and Port Arthur and then to the export market. They are the landowners who bear the risk and worry of tar sands spills near their homes and drinking water sources.

They are voices like Eleanor Fairchild, a proud Texan whose husband once had been chief geologist with Hunt Oil. After he retired, the couple bought a house and property with a beautiful lake near Winnsboro, TX, a place her husband, now deceased, called “heaven on earth.” Now, Eleanor finds her land is threatened as she battles TransCanada over plans to run its Keystone XL tar sands pipeline straight through their slice of heaven.

“At first I wasn’t against the pipeline because I did realize what tar sands was…the more I learned the worse tar sands looks. They just wanted a place to put their pipelines down and to heck with the landowner….they just weren’t very nice people when it came to what you wanted for your land…. There should be laws that protect people from this type of treatment. We have to think of children and grandchildren and what we’re doing to this earth. I think we need to leave this earth in as good a shape as we can for generations to come.”

Watch this video of Port Arthur resident Erma Lee Smith, who needs a "breathing machine" in her apartment next to the massive refineries of Port Arthur, TX.

Meanwhile, at the end of the proposed 1,700 mile conduit of Canadian crude, the petrochemical Gulf community of Port Arthur lies waiting for a bigger toxic assault. This is where community activist Hilton Kelley, the 2011 recipient of the prestigious Goldman Environmental Prize, has been battling refineries, long a source of hazardous waste and air emissions that locals blame on respiratory problems and cancers in their community. Kelley says residents do not needs the added toxic assaults that tar sands oil will being to his home.

“All my life we’ve lived in the shadows of refineries and chemical plants that’s located here in our area…once that pipeline is built all those jobs are gone that they said was going to bring so much wealth, those are not permanent jobs, and what were going to get is a continuous flow of this tar sands that is heavy in mercury heavy in metals and heavy in sulfur and what it’s going to do is increase the negative air quality that we presently have.”

These are but a few of the powerful voices from the front lines of the tar sands fight, voices that we will be adding to in the months ahead. They are from diverse socio-economic backgrounds, a multitude of races and communities from regions north to south. They all share a common bond; the health and safety of their families and their friends and neighbors, their cherished environments threatened by Canadian tar sands mining operations rapidly metastasizing through the boreal forests and pristine watersheds of northern Alberta. But this environmental carnage is just the beginning, part of a massive network of pipeline plans designed to pump millions more barrels of dirty tar sands oil toward U.S. refineries and the export market off North America's coasts.

Watch and listen to the voices of people in its poisonous path. These are words well worth heeding, not the empty rhetoric of petrochemical companies trying to fatten their  already profitable bottom lines. These are the people who speak from personal experience and observations in their own communities; they are the ones who speak from the heart.

Rocky Kistner is with the Natural Resources Defense Council, where an earlier version of this story appeared. For more information visit NRDC’s new website Voices Against Tar Sands. 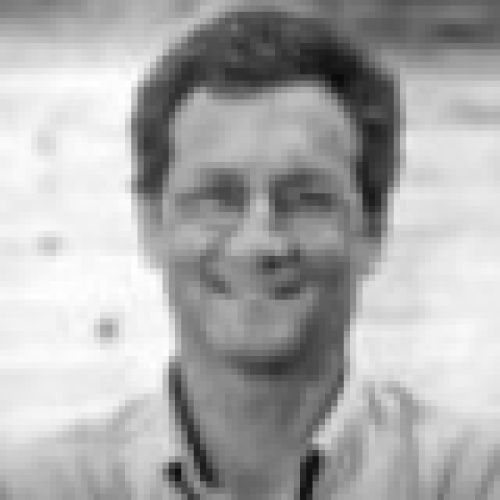