The Duke-Progress scandal is fascinating for many reasons. But that cover story -- corporate culture and personalities -- was used to distract from several more important stories flowing during three days of NC Utilities Commission hearings, ones the commissioners declined to address.

First, Duke Energy plans to charge customers nearly $2 billion to improve Progress nuclear plants in the Carolinas over the next two years, as reported Friday morning by the Triangle Business Journal.

That’s nearly three times more than the purported "savings to the public" the utilities and Commission claim the merger provides ($650 million over 6.5 years).

Because net public benefit is the essential legal standard by which the merger must stand or fall, it is astonishing that throughout the hearings -- as those nuclear fleet problems repeatedly were cited as a key reason Duke fired Bill Johnson -- the Commission chose not to ask any of five witnesses about the nature of the plant problems, the costs, or impacts on customers. Not even once.

Nor did commissioners ask why Duke didn’t disclose those plans prior to merger approval, even though CEO Jim Rogers testified last week that he plans to "pour money" into remediating the Progress nuclear fleet and bring it "to excellence."

The Commission was told about the TBJ article Friday morning, and NC WARN had told them last week Rogers' "pouring" figure could be in the billions. (Although the schedule of Progress fleet improvements leading to the TBJ article came from Duke -- and possibly will be used to validate Johnson's firing -- a Duke spokesman Friday was confused about its source.)

The $2 billion in fleet improvements are also directly relevant to the merger because Duke would be allowed to increase general rates to recover that amount, plus mark-up, over time.

The $2 billion for Progress fleet remediation is also nearly ten times higher than the $220 million Duke plans to spend to satisfy federal regulators' concerns about wholesale market dominance. That latter figure is the only one Commissioners discussed after some witnesses described it as a source of tension between Johnson and Duke in early 2012.

The fleet improvements are relevant to the merger also because Duke witnesses repeatedly cited the need for them as a key reason for ousting Johnson.

The same gap in Commission questioning occurred regarding the broken Crystal River plant in Florida, a multi-billion dollar mistake that impacts customer rates in the Carolinas in at least two indirect but significant ways: Duke's borrowing power and the pooling of holding company profits between states.

Although Duke and Progress witnesses discussed the fleet problems and Crystal River with Commissioners at least 20 times, each time the audience leaned forward in our seats for the key questions -- how much and who pays? -- the interrogating commissioner changed the subject.

The Commission never asked about the third containment crack that Progress found in July 2011 but disclosed to Florida regulators only three months later (and possibly never to others including the NC Commission). Nor did the Commission ask why repair efforts had failed, nor why Johnson ignored the warnings that led to the Crystal River cracking in the first place. They never asked for even a summary of findings of Duke’s own once-secret study of Crystal River -- which NC WARN told the Commission about in mid-June -- even though it fit the time-frame of the Duke board deciding to oust Johnson, and despite reports we had received that Progress was furious that Duke was conducting the study.

Duke witness Ann Gray described in detail Johnson’s failure to comply with a board directive to meet with insurers in January 2012 as an "extraordinary" point in the board's loss of confidence, and she revealed that insurers had sent a long-awaited letter to Duke in May. Commissioners asked not a single question about the content of that letter, leading to much head-scratching in the room.

Another key aspect of the cover story is the utility talking point that the merger is sound and it benefits customers. Commissioners have endorsed this so vigorously, we wonder if their minds might be closed to the findings of their own investigation -- just like in mid-June, when they dismissed NC WARN's request to cross-examine Duke about new merger related costs: Crystal River, the multi-billion dollar cost escalation at Progress’ Levy nuclear project, and reports about Duke’s back room deal-making to buy into SCANA's Summer nuclear construction project in South Carolina.

Of the $650 million in claimed fuel savings, about half would pass to customers anyway, without the merger, because of the decline in natural gas prices. NC WARN is also concerned that most of the savings could be directed toward Duke's large customers. Even if not, the saving per family is minuscule, so they have little to look forward to except Duke's plans for continuous rate hikes.

Another utility talking point (from the high-priced crisis management PR firm?) is that reversing the merger would be too complicated to consider: "You can't unscramble the omelet." Others are repeating it without question. But Johnson testified that the months-long organizational integration process has been suspended since January. Therefore, the Commission should immediately direct Duke to preserve contingency plans for restoring separate corporations.

Where It All Goes

We are quite concerned that commissioners might have agreed before-hand that the CEO drama would be the focus of discussion, and not to address the net public benefit question, their primary responsibility. Certainly the cover story is an enthralling look at the underbelly of corporate America. But the story of the merger's legitimacy -- on actionable issues of public benefit -- must now be fully explored by regulators, the news media, and Attorney General Cooper, whose investigation reportedly is centered on consumer protection, and properly so.

We'd like to believe Chairman Finley is serious about possibly revoking the merger, but it won't happen over the CEO firing nor whether commissioners felt disrespected that Rogers didn't tell them about it sooner, nor whether Duke's targeted philanthropy continues flowing in Raleigh. Finley hinted that he would accept a settlement with Duke, but the public benefit issues require a full and open airing well before any plea bargaining begins. This whole case is about consumers' money and how the Commission lets the utilities spend it. Duke is a regulated utility precisely because the customers are its captives. Everything about this case screams for transparency.

The key issues cannot remain like a toad in the punchbowl at the next Commission party.

(Jim Warren is the executive director of NC WARN, an energy watchdog group based in Durham, N.C. The group is an intervener in the Duke-Progress merger proceedings.) 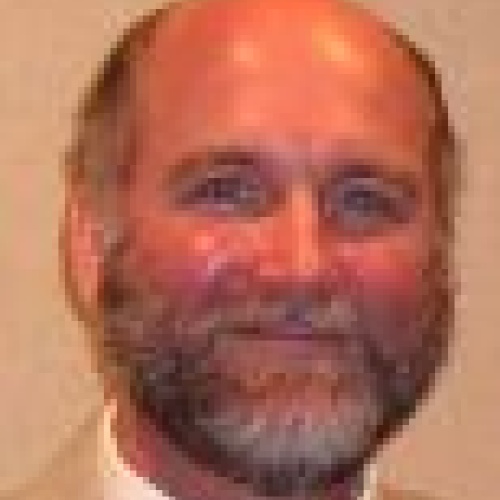