Skip to main content
Defend democracy in the South.
Donate Today
By Center for Public IntegrityDecember 7, 2012

By now images of the April 2010 Gulf oil spill are indelible: The rig engulfed in smoke, oil gushing into the ocean, beaches stained on the coast. These images defined the largest environmental disaster in U.S. history -- and sealed BP PLC's reputation as a corporate polluter.

But two weeks before the Deepwater Horizon rig exploded, killing 11 workers and spewing millions of gallons of oil into the Gulf of Mexico, BP was spewing a different kind of pollution -- in a major case that has received far less attention.

This case involved dirtying the air around its refinery in Texas City. Throughout most of April and May of 2010, the Texas refinery belched massive amounts of pollutants -- toxic chemicals including benzene, toluene and hydrogen sulfide -- from a towering flare designed to burn only during emergencies. The single "emissions event," as BP reported it to the state, triggered by an equipment breakdown, lasted 959 hours and 30 minutes -- or 40 days.

"The release went so long," said Bruce Clawson, of Texas City's emergency response division, which tracks such incidents. "We've never had a release go that long before."

Now two years later, with the Gulf spill legal maze including $4.5 billion in fines, corporate guilty pleas to 14 criminal charges and an Environmental Protection Agency ban of the company from new government contracts, the so called "40-day Release" case churns slowly ahead, with a $500 billion lawsuit pending in Texas District Court.

Overshadowed by the spill, this litigation is also proving tangled for BP. As many as 47,830 residents, plant contractors, and nearby workers -- more than the population of Texas City -- are suing BP in multi-district legal proceedings based on "symptoms classically associated with exposure to benzene and other toxic chemicals that have been released by BP," the suit alleges. Symptoms range from headaches and dizziness to nose bleeds and sore throats, mostly suffered in the immediate aftermath of the leak, their lawyers said.

BP disputes those contentions. In a six-paragraph statement to the Center for Public Integrity, the company downplayed the severity of the emissions, pointing out that neither its own fence-line monitors nor ambient air monitors stationed throughout Texas City detected elevated levels of benzene or other chemicals.

"We do not believe that any negative health impacts resulted from flaring at BP's Texas City refinery during this period," BP said.

"This case is huge," said Matthew Tejada, of the environmental group Air Alliance Houston. Too often, he contends, refiners calculate that it's cheaper to pay a fine than to make long term fixes. He calls it "the cost of doing business in Texas."

If plaintiffs successfully hold BP accountable for the 40-day release, Tejada believes, "It'd be a sea change for the way that industry calculates its actions."

Prompted by the incident, the EPA is now investigating whether BP's flaring techniques, in general, comply with the federal Clean Air Act.

On April 6, 2010, a fire erupted inside the "100-J" compressor in the Texas City refinery's ultracracker unit. Sparked by a seal failure, the flame forced engineers to shut down what amounts to a crucial pollution-control device. Rather than stop production to make repairs, managers opted to burn off the gases through an emergency flare. It lasted 40 days.

"A conscious decision was made to flare knowing it was against the law and contrary to the operating permit," asserts Tony Buzbee, liaison counsel for the plaintiff steering committee, who has taken 50 depositions of BP executives so far.

BP notified the state of an emissions event the day after it began, on April 7, as required by law. Texas City residents only learned of the 40-day release after the fact. Clawson, the city's emergency response chief, remembers getting a phone call from a BP press officer around the time the company filed its final report; the officer told him the event had lasted a month, and caused some exceedances.

"Telling us after the fact is not really helpful," said Clawson, who believes he would have classified the leak as a "level three" -- the highest alert -- because it was, in his words, "impacting us severely."

"Obviously," he explains, "they exceeded the state standards reported. It's logical to assume it impacted the city."

Just how much BP surpassed the standards has become a central issue in the lawsuit. Plant supervisors calculated air emissions released during the 2010 event by assuming the flaring had destroyed 98 percent of the pollutants, a regulatory requirement. Lawyers for the plaintiffs are challenging that rate and citing a 2007 study by government regulators on "difficult to measure" emissions sources at the Texas City refinery.

In 2007, BP had allowed state and federal regulators to conduct an advanced form of emissions testing on three of its refinery flares and other pieces of equipment. The EPA found that one of them -- the ultracracker flare -- burned pollution at a rate "considerably worse than expected." In some instances, the EPA found, the actual emissions from the ultracracker flare during the testing turned out to be six times greater than the amount reported by BP.

By BP's own accounting, the ultracracker flare ended up spewing almost 98 percent of all the pollution in the 40-day release.

"That means BP under-calculated its emissions," contends Jim Tarr, a chemical engineer hired by lawyers for the plaintiffs. He said the difference between an efficiency rate of 98 percent and one of 50 percent, the lowest rate EPA found, can translate into orders of magnitude -- 25 times more for any single component.

"That's not a tiny difference by any stretch of the imagination," Tarr adds.

BP defends its calculations. In its statement, the company said the poor performance of the ultracracker flare occurred only "at very low flow rates, conditions not normally seen in refinery operations," which differ from those of the 40-day release. After the regulators' study, BP said, engineers calibrated the flare's instruments and subjected it to "performance testing." Passing those tests, the flare went back into service in 2009.

"We have multiple bases for concluding that the flared hydrogen steam was well combusted (with greater than 98% efficiency) during the April/May 2010 flaring event," BP wrote.

Yet internal company emails obtained through discovery in the lawsuit show that, in the months before the refinery's release, BP’s environmental team was still discussing the ultracracker flare's "poor destruction efficiency," as measured in the 2007 tests.

One BP environmental specialist, in an April 8, 2009, email, cited the flare's "old flare tip design" as a possible reason. Three months before the release, in a January 4, 2010, email, the same specialist said "under low flare gas flow rate conditions … combustion efficiency may be (significantly) below acceptable values."

"They knew exactly what they were doing," said plaintiffs' lawyer John Powell.

Other company documents show the 100-J compressor long having problems. Internal BP emails note that employees made repeated requests to upgrade the compressor, to no avail. Some BP engineers lamented that their past recommendations had fallen on deaf ears.

"I wish the project people who had fought us and justified overruling us were still here today to feel our pain," one engineer wrote on April 15, 2010. "I sure hope they get good bonuses for F#$%ing [sic] us over."

"It just reminds me of a saying," another employee replied. "'The bitterness of poor quality will be remembered long after the joy of a low price is forgotten.'"

Six months before the release, those same emails reveal, the Texas City refinery experienced a strikingly similar flaring event, again sparked by the 100-J compressor. This emissions event lasted 28 days, from November to December 2009, and released almost as many toxic chemicals. Back then, the company reported spewing 54,312 pounds of pollutants into the air. In depositions, BP supervisors acknowledged under-reporting the release by more than 300,000 pounds.

BP declined to specifically address Center questions about the earlier emissions event, or about the emails gathered during the lawsuit.

Buzbee, the counsel in the leak litigation, believes the two events reflect a pattern of conduct that proves, in his words, "BP doesn't give a rat's behind."

Regulators have also raised questions. In 2010, the Texas attorney general sued BP for multiple violations of the Texas Clean Air Act, alleging "a pattern of unnecessary and unlawful emissions events" at the refinery -- 72 in all from 2005 until that year. When the 40-day release occurred, the AG's office filed a second suit. Both enforcement cases pegged BP's "poor operation and maintenance of the refinery" as the cause of the leaks. By November 2011, BP had agreed to pay a fine of $50 million to settle the cases.

The first bellwether case involving six plaintiffs, half chosen by BP, half by the plaintiff steering committee, is slated for trial in September 2013.

Lawyer Buzbee, who previously won a multi-million-dollar verdict against BP, predicts a legal tussle, perhaps ending in a settlement. "I don't believe BP will allow me to try this case," he adds.

The company, which intends to sell its Texas City refinery to Marathon Oil for $2.5 billion, said it will continue to fight the leak litigation. BP vows to "defend the lawsuits brought against it concerning this matter." 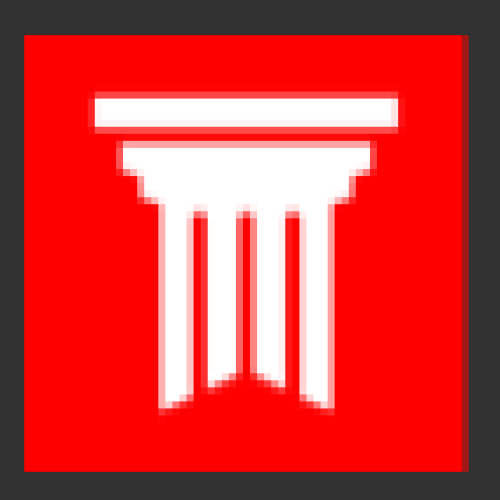