By Tom Hansell and Patricia Beaver, The Daily Yonder

"Communities always change, industries come and go. It was foolish of us to think at the end of the 1985 miners strike that it was the end of the world -- it was an opportunity for a new beginning." -- Hywel Francis, member of Parliament representing former Welsh mining valleys

What happens when fossil fuels run out? How do rural communities reinvent themselves as natural resources are depleted?

In the Appalachian mountains, where coal mining is projected to decline dramatically this decade, some people are looking to Wales for answers.

The challenges to Wales and Appalachia in recent decades are tragically similar. The Welsh coalfields were mostly shut down in the 1980s, with a loss of more than 85,000 jobs. Meanwhile, the Appalachian coalfields lost over 70,000 mining jobs between 1980 and 2000, according to the U.S. Energy Information Administration (EIA). A June 2012 EIA report projects that Appalachian coal production will be cut in half this decade. Former mining communities in Wales have 30 years of experience with regenerating local economies. By comparing and contrasting the Welsh and Appalachian experience with coal, we are examining the human costs of de-industrialization and asking "what's next for these rural communities?"

Wales is about the size of the state of New Jersey, and the coalfields cover the southern quarter of the country. These 20 narrow valleys were the cradle of the industrial revolution. At the dawn of the 19th century, Welsh factories began to produce iron, steel and tin. Welsh coal reserves fired the rising industrial order. By the turn of the 20th century the population of the mining towns had exploded and more than one quarter of the workforce worked in coal. Historian John Davies writes that in 1914, more than 230,000 men were employed by the coal industry in 485 pits across South Wales.

After World War II, all coal mines in the United Kingdom were nationalized -- along with the rail, steel, and utility industries. The intent of nationalization was to set up a system that would use Britain's resources to benefit the British people as a whole, rather than a small number of mine owners or shareholders. Nationalization was a goal of Britain's growing Labour Party, and the National Union of Mineworkers carried considerable political clout.

During the 1970s and 1980s, ownership of coal and other energy resources consolidated, as multinational energy conglomerates bought up mining companies around the world. During this period of time, the nationalized coal industry in the United Kingdom faced tough competition from companies such as Royal Dutch Shell, which owned mines in South Africa. At the time Royal Dutch Shell also held a controlling interest in the A.T. Massey coal company, which had extensive holdings in Appalachia. In both Wales and Appalachia the globalization of the coal industry had a devastating impact on coal mining communities, as the 1980s saw bitter strikes where union miners fought to keep well paying jobs in both Welsh and Appalachian mining communities.

The result of the strikes in Wales was privatization of the coal industry, a dramatic decline in the number of jobs and the final disappearance of coal mining from much of the area. In his book "History on Our Side," Hywel Francis describes that after the strikes, the closing of mines in the Welsh mining valleys felt apocalyptic: "In such remote communities, the closures of schools and libraries, the end of bus services, the demolition of houses, the loss of a doctor from a practice, even the disappearance of a telephone kiosk, were all cumulative symptoms of a long-term decline. But this last rundown of colliery closures severed the surviving link with an industry that had given birth to these communities barely a century before."

In both the United States and the United Kingdom, miners' unions (and all of organized labor) lost wages and influence after the strikes of the 1980s. However, in Wales, the 1984-1985 miners' strike laid the groundwork for community regeneration.

One example of Welsh efforts to reinvent their rural economy is the DOVE workshop. DOVE stands for the Dulais Opportunity for Voluntary Enterprise. Located in the village of Banwen at the head of the Dulais Valley, DOVE was started by a group of women who came together during the 1984-85 miners' strike. These women understood that the coal industry would no longer provide large-scale employment in their communities, and decided that community-based education was the most practical path to regenerate the local economy. Setting up shop in an abandoned mine office, they developed a series of adult education workshops for women. Three decades later, the DOVE building hosts a diverse set of small-scale entrepreneurs, including a daycare, library, a community garden and a café featuring local foods.

By the 1990s, the British government had finally begun to propose the Valleys Initiative to establish new and diverse jobs, as well as environmental and community improvements in the former mining valleys. Reclamation of abandoned mine sites became a cornerstone of the Welsh strategy for regeneration. Former miner and union leader Terry Thomas says: "If you look at the pits where I worked today, you would never know a mine was there. Now that reclamation is complete, you can't recognize the place."

Together with tourism initiatives centered around national parks and other sites such as Mine Heritage museums, many government efforts seemed designed to attract wealthy visitors to the region. While this form of ecotourism does provide opportunity for small businesses, Terry Thomas points out: "Much of the employment that has been created is low-paid, minimum-wage employment in service industries, in place of well-paid manufacturing industries."

This focus on the service economy has made economic recovery in the Welsh coalfields a slow process. Still, many resourceful entrepreneurs are finding a way. Geraint Lewis left a corporate job in the city to return home to the former mining town of Seven Sisters in the Dulais Valley. Back in his hometown, Lewis started Call of the Wild. At first glance, Call of the Wild appears to be an ecotourism company, leading youth and adults on outdoor adventures such as hiking, rafting and repelling. However, to avoid the pitfalls of the seasonal tourism industry, Lewis deliberately created a leadership development business, providing services for a range of corporate clients and offering year round employment at a living wage for local people.

"We wanted to start this training and development company using the outdoors as our classroom, but there was nobody doing it in the South Wales Coalfield," Lewis says. "We had a lot of raised eyebrows from business consultants and bank managers…but we persevered, and I think we succeeded very quickly." Today, Call of the Wild has more than 30 year round employees and owns pubs in the former mining village of Seven Sisters and Ystradglynlais.

There is no magic bullet to economic recovery in coal mining regions. Former mining communities in the Welsh Valleys are doing better than the 1980s, but population has dropped and employment remains low. The first step to regeneration was "greening the valleys" -- government programs to clean up mine waste piles, acid mine drainage and other sources of pollution. Naturally, government resources are required for large-scale reclamation to be successful. In order for government to be effective, rural people need to be actively involved in the process of government. This means that grassroots organizing is an important element of economic regeneration. The longest lasting initiatives in Wales involve local people creating their own programs to meet community needs, such as the DOVE workshop in Banwen.

Perhaps most importantly, the topic of energy is still an intensely debated issue. In some areas coal is making a small resurgence -- the latest figures have between 800 and 1,000 miners working in Wales. Meanwhile, energy corporations and the Welsh government have made a huge commitment to wind power -- spinning turbines are commonplace above the former mining valleys. The government has partnered with private power companies to develop these wind farms and is now exploring large-scale tidal power.

On the surface this all sounds good. However, these former mining communities have well founded concerns about outside corporations developing local energy resources without investing in the community. When residents of the former Welsh mining valleys look at proposals for industrial scale wind farms from multinational energy corporations, many wonder when these corporations will pull out, leaving communities to fend for themselves once again.

Tom Hansell is a documentary filmmaker and assistant professor at Appalachian State University. His documentary films have screened nationally on PBS and at international film festivals. Hansell’s recent documentary project is titled After Coal.

Patricia Beaver is the director of the Center for Appalachian Studies at Appalachian State University. Beaver helped arrange an exchange of Welsh miners to the United States in 1979 and developed ASU’s Summer Study Abroad seminar in Wales in 2001. 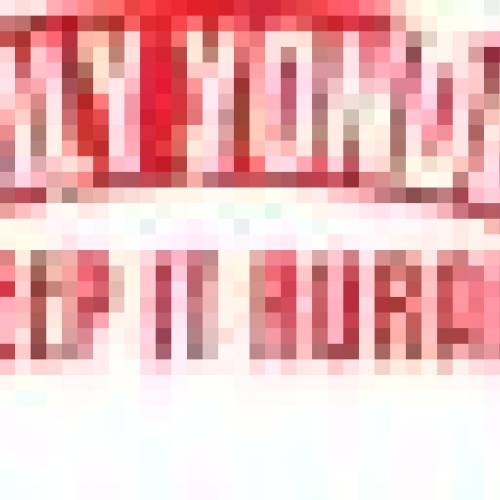