Advocates of multiculturalism are girding for a fight in the Texas legislature, where a bill has been introduced that would ban racial, ethnic and gender history studies from counting toward basic history requirements at the state's public universities.

Legislation filed in the Texas House and Senate earlier this month would amend a 1955 state law to say that only courses that give a "comprehensive survey" of American or Texas history could count toward the undergraduate history credit requirement.

Among those criticizing the measure are the Librotraficantes, a Houston-based group of literary, education, and student activists who united against an Arizona law that banned the teaching of ethnic studies in that state's public high schools. The group, whose name translates as "Book Smugglers," formed a caravan to Tucson to deliver donated books that had been removed from classrooms because of the law.

"In a global economy, why would anyone want to build a border wall around History Courses?" the Librotraficantes said in a statement about the Texas proposal.

The sponsor of the Senate version of the Texas bill, SB 1128, is Sen. Dan Patrick, a Republican who represents the Houston area. Considered one of the state's most conservative senators, Patrick is a former sportscaster who hosts a conservative radio talk show. On the House side, the sponsor of HB 1938 is Republican Rep. Giovanni Capriglione, a private equity manager who lives in Southlake, an affluent suburb of Fort Worth.

Patrick and Capriglione filed the bill in response to a recent report titled "Recasting History" by the National Association of Scholars (NAS), a New York-based nonprofit that opposes multiculturalism and affirmative action, and that works to counter what it considers to be "liberal bias" in academia.

The report looked at course offerings at the University of Texas at Austin and Texas A&M, the state's flagship schools, and concluded that

… all too often the course readings gave strong emphasis to race, class, or gender (RCG) social history, an emphasis so strong that it diminished the attention given to other subjects in American history (such as military, diplomatic, religious, intellectual history).

The report was released in January in conjunction with the Texas Public Policy Foundation, a conservative think tank based in Austin. Jeremi Suri, a prominent historian at the University of Texas, told the Texas Tribune that, while he respects NAS for its defense of free speech, its report was "off base" and "just not accurate."

So far, over 1,300 people have signed a petition protesting the legislation, with many leaving messages for Rep. Patrick about how such courses had a positive impact on their own education. 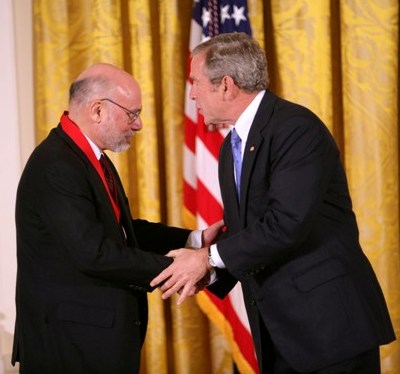 NAS celebrated its 25th anniversary earlier this month with a conference in New York City. The group was formed by political scientist Stephen Balch and humanities professor and conservative political activist Herbert London in the wake of 1987 protests over the European and male bias of Stanford University's Western Culture requirement.

Today the group, which has affiliates in 46 states and Washington, D.C., publishes a quarterly journal called "Academic Questions" as well as occasional reports. Besides the recent examination of history education at Texas universities, it's also released critiques of university reading assignments, the "disappearance" of Western civilization survey courses, and political activism in the University of California. A forthcoming report will consider how universities' commitment to social justice is allegedly hurting educational integrity.

NAS has an annual budget of about $2.5 million. According to its most recent 2011-12 IRS tax filing available from GuideStar, most of the group's revenue -- over 73 percent -- comes from educational partnerships. SourceWatch.org reports that those involve providing teaching materials and speakers to schools to support professional development for history teachers using grants from the U.S. Department of Education's Teaching American History program.

About 24 percent of the group's revenues come from contributions and grants. One of NAS's biggest donors has been the Sarah Scaife Foundation, a major funder of conservative causes, according to SourceWatch.org. The foundation's wealth is derived from the Pittsburgh-based Mellon banking, oil and aluminum fortune.

Other major backers of the group have included the Olin Foundation, a now-shuttered conservative fund that was financed by profits from a chemical and munitions fortune and that supported conservative programs at colleges and universities, and the Bradley Foundation, whose founder Harry Bradley was a charter member of the far-right John Birch Society and which is known for its involvement in academia.

In addition, the North Carolina-based John William Pope Foundation -- run by leading conservative financier, Variety Wholesalers CEO, and state budget director Art Pope -- gave NAS $150,000 between 2002 and 2009. Pope's foundation has also been a major donor to the University of North Carolina, and last year he was appointed to a blue-ribbon advisory committee charged with setting the university system's priorities.

The present dustup over the Texas history requirement is not the first time NAS has been involved in a controversy in the state. In 1990, University of Texas faculty affiliated with the group blocked the proposed inclusion in an English course of readings from the civil rights movement, which came in response to increasing racial and sexual harassment on campus.

Amid that controversy, NAS-affiliated faculty at the school encouraged a conservative student group to launch a campaign that eventually led to the defunding of the school's Chicano newspaper.