Too often forgotten in remembrances of the 1963 March on Washington was that it sought not only civil rights for African Americans but also jobs.

August 28 will mark the 50th anniversary of the historic March on Washington for Jobs and Freedom. Publicly associated with Dr. King's famous "I Have a Dream" speech, this march brought more than 250,000 people to the nation's capital. The day went down in history as a powerful show of force against Jim Crow segregation. Over time this great event has risen to levels of near mythology. The powerful speech by Dr. King, replayed, in part, for us every January on Martin Luther King Day, has eclipsed all else -- so much so that too many people believe that the March on Washington was entirely the work of Dr. King. It is also barely remembered that the March on Washington was for freedom and jobs.

In fact, The Americans, a high school history text by publishing giant Houghton Mifflin Harcourt, tells students that the march was called simply "to persuade Congress to pass the [1963 civil rights] bill." In reality, the demand for jobs was not a throwaway line designed to get trade union support. Instead it reflected the growing economic crisis affecting black workers.

Indeed, while Dr. King was a major player, the March on Washington did not begin as a classic civil rights march and was not initiated by him. There is one constituency that can legitimately claim the legacy of the march -- one that has been eclipsed in both history as well as in much of the lead-up to the August 2013 commemorations: black labor.

Initiated by A. Philip Randolph, president of the Brotherhood of Sleeping Car Porters, the march became a joint project with the Southern Christian Leadership Conference. Randolph and other black labor leaders, particularly those grouped around the Negro American Labor Council, were responding to the fact that the black worker was largely being ignored in the discussions about civil rights. In addition, the economic situation was becoming complicated terrain for black workers.

As historian Nancy MacLean has pointed out, the elements of what came to be known as deindustrialization -- which was really part of a reorganization of global capitalism -- were beginning to have an effect in the United States, even in 1963. As with most other disasters, it started with a particular and stark impact on black America.

It is also barely remembered that the Student Nonviolent Coordinating Committee played a key role in the event. The civil rights leadership insisted that the militant rhetoric of the original speech by SNCC's then-chairman John Lewis -- now Congressman John Lewis -- be toned down. Reading U.S. history textbooks, students are seldom even introduced to the words of Lewis or other speakers. Here is Pearson's U.S. history textbook coverage:

"Many people, including Christian and Jewish religious leaders, gave speeches that day, but none moved the crowd as did King. His voice rang as he proclaimed, 'l have a dream that my four little children will one day live in a nation where they will not be judged by the color of their skins but the content of their character.'"

Teaching about the March on Washington presents a series of challenges precisely because it involves counteracting sanitized textbooks and demythologizing not only the march, but also the Black Freedom Struggle -- the Civil Rights Movement, as it became known. As such, there are a few points that cannot be overlooked if we want to honor the march's true story:

1. The context. The idea for the march in 1963 did not appear out of nowhere, and the fact that A. Philip Randolph originated it was no accident. The notion of the March on Washington in 1963 was, in certain respects, the revival of an idea from 1941 when Randolph convened a group to plan a march on Washington, D.C. to protest the segregation of the growing war industry. That march, which was planned as a black march on Washington, never happened because the mere threat of 100,000 African Americans marching forced President Franklin Roosevelt to give in to the demand for an executive order bringing about formal desegregation of the war industry.

2. The actual march was the result of work that began in the 1950s. Although conceptualized by Randolph, the march was actually the result of the increasing tempo of a social movement. It could not have been organized in a little more than six months -- as it was -- if it had not been connected to local organizing that had gone on for decades in NAACP youth councils, churches, unions, women's groups, and more. It was not individuals who chartered buses from all over the country -- it was organizations.

3. The march's principal organizer was Bayard Rustin. This year President Obama will posthumously award Bayard Rustin the Medal of Freedom; however, teaching about Rustin complicates the simplistic Civil Rights narrative offered to students by corporate history textbooks. Rustin was a gay pacifist with a long history of organizing, but despite his record of achievements, homophobia led to him being denied the title of national director of the march -- technically, he served under Randolph.

Rustin closed the march with a list of demands and had everyone pledge "that I will not relax until victory is won." He was a complicated character who remained in organized labor and became a mentor to many, especially to younger activists in the burgeoning gay rights movement. At the same time, he refused to later condemn the Vietnam War and was critical of the Black Power Movement.

4. The march was controversial on many levels within the Black Freedom Movement. Individuals, such as Malcolm X, were critical of it, albeit in a contradictory manner, claiming that it would not amount to anything. And there were those within the march who, like then-SNCC chairman John Lewis, wanted a more militant posture.

5. The economic situation for African Americans was not addressed in any fundamental manner in the aftermath of the march. There were periodic improvements, but the crisis that Randolph and the NALC saw brewing in the early 1960s took on the features of a catastrophe by the mid to late 1970s, a fact that we have been living with ever since. Divorcing "civil rights" from economic justice is a feature common to mainstream approaches to history, including those found in school curricula.

6. The entirety of Dr. King's August 28, 1963 address should be read. What comes across is something very different from the morally righteous and tame "I Have a Dream!" clips and textbook soundbites usually offered around the time of Dr. King's birthday. In fact, the speech is a militant and audacious indictment of Jim Crow segregation and the situation facing African Americans.

To truly honor the legacy of this anniversary, teachers should have students compare the King of the actual speech with the King from the clips. It would also be useful to have students read and discuss some of the day's other speeches. For example, in Randolph's opening speech he proclaimed that those gathered before him represented "the advance guard of a massive moral revolution" aimed at creating a society where "the sanctity of private property takes second place to the sanctity of the human personality." This is a sentiment that we never hear about that day.

This 50th anniversary of the March on Washington also offers an opportunity to connect the issues and experiences of 1963 with current realities. In 2013, black workers have been largely abandoned in most discussions about race and civil rights. As National Black Worker Center Project founder Steven Pitts has repeatedly pointed out, with the economic restructuring that has destroyed key centers of the black working class, such as Detroit and St. Louis, much of the economic development that has emerged has either avoided the black worker altogether or limited the role of black workers to the most menial positions. Thus, unemployment for blacks remains more than double that of whites and hovers around Depression levels in many communities.

We can all do justice to this anniversary by asking the right questions and providing the actual historical context in which the 1963 March unfolded. More so, we can also offer, as Rustin asked the marchers in 1963, our "personal commitment to the struggle for jobs and freedom for Americans ... and the achievement of social peace through social justice. How do you pledge?"

Bill Fletcher Jr. is a longtime labor, racial justice and international activist. Fletcher is an editorial board member and columnist for BlackCommentator.com and a senior scholar for the Institute for Policy Studies in Washington, D.C. Fletcher is the co-author (with Fernando Gapasin) of Solidarity Divided: The Crisis in Organized Labor and A New Path Toward Social Justice (University of California Press) and 'They’re Bankrupting Us!' And 20 Other Myths about Unions (Beacon Press). 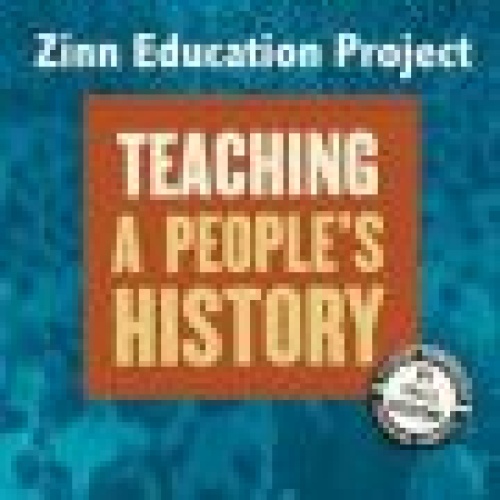 After loss in court, NC voting rights activists turn attention to mobilizing in the streets